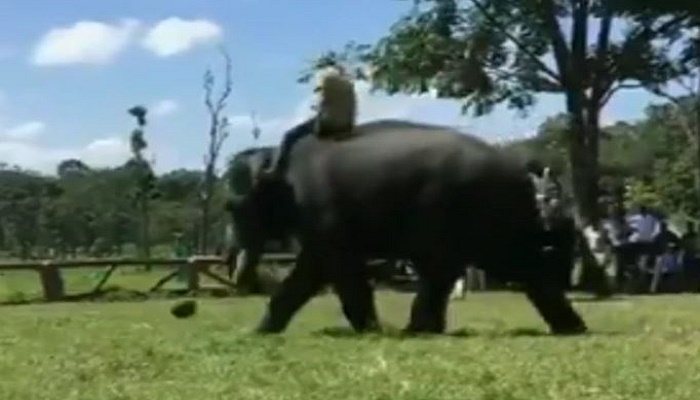 Elephants, who have taken part in the procession during Dasara festival in Mysuru, have returned to Dubare Elephant Camp in Karnataka of India and were seen playing football on Tuesday, reports The Indian Express.

Out of these 29 elephants, six elephants have participated in the historic Mysore Dasara, including Anekadalliro Vikram and Vijaya.

A tourist, Chandana said that elephants have been trained to salute, race and play football, all of which are enjoyed by tourists, especially children.

He further said that elephants are now training with other elephants in the camp for the Mumbaro Elephant Festival.

Mysuru Dasara is a 10-day festival, which had begun with Navaratri and the main procession was organised on Vijayadashami (Dusshera). Every year the same trained elephants are brought from Nagarhole forest and kept in Mysore Palace till the festival ‘Mysuru Dasara’ is not over.