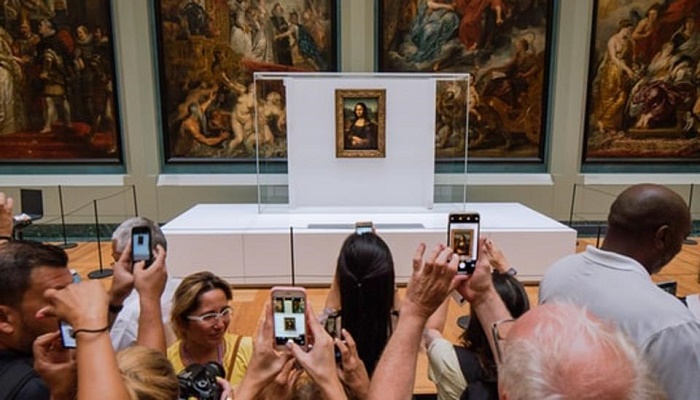 Renaissance artist Leonardo da Vinci, one of the world’s best-known polymaths, was also an enigmatic genius whose private life was as mysterious as the smile of his most famous subject.

Here are three things to know about the quintessential Renaissance Man, who died 500 years ago, reports AFP.

Born out of wedlock to a well-to-do notary and a peasant woman, Leonardo had material comforts but was deprived of maternal love, enjoying little contact with his natural mother, reports Hindustan Times.

Being a bastard in 15th-century Italy meant being shut out of formal schooling -- which may have been a blessing for the child who became a celebrated high achiever.

Among the many questions he answered on his own was why the sky is blue.

Leonardo’s entrance into circles of power began when his father placed him under the tutelage of Andrea del Verrocchio, head of one of the most prominent art studios of Florence.

Verrochio was to put down his palette forever after his young charge painted an angel in a corner of his boss’s Baptism of Christ, revealing his staggering gift.

Leonardo would go on to work for powerful patrons including Florence’s omnipotent Medici family, Roman Cardinal Cesare Borgia, the Duke of Milan Ludovico Sforza, and finally French king Francis I.

Leonardo organised festivities for the royal courts he served, producing spectacles with extraordinary sets, costumes and special effects for his time.

For Francis I, he created a mechanical lion that could walk, then open its chest to reveal a fleur de lys, the emblem of the French monarchy.

The gory truth about Leonardo’s mastery of human anatomy is that his insatiable curiosity and desire to represent living beings accurately led him to dissect not only animals, but humans as well, including at least one woman who died with an unborn baby in her womb.

He obtained his specimens -- usually dead criminals -- from medical schools, according to French biographer Serge Bramly.

Facial expressions were a source of deep fascination and he conducted meticulous anatomical studies to determine the nerves that trigger them -- contributing to the world-famous Mona Lisa smile.