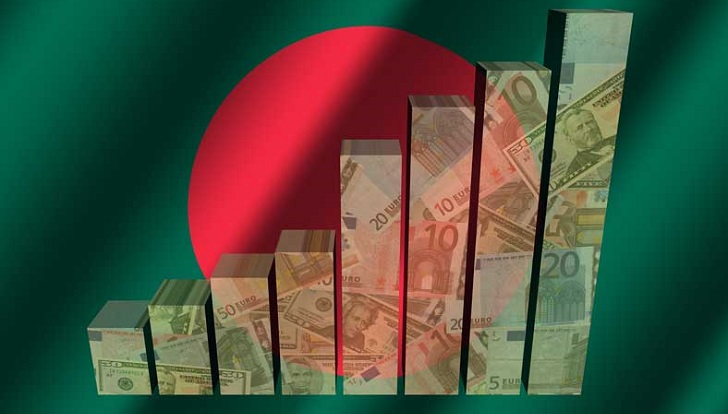 Bangladesh shines as the fastest growing economy as it makes a significant headway towards poverty reduction.

This growth takes place at a time when the global economic outlook remains challenging where the growth is expected to be moderate in most developing nations in Asia.

The Country Director of Asian Development Bank (ADB) in Bangladesh Manmohan Parkash said, “Bangladesh has gained significant progress in agriculture, achieving third position in vegetable production, fourth in rice production and seventh in mango production in the world. The country is now rice-sufficient.”

Mentioning the recent statistics of Asian Development Bank (ADB) showing how Bangladesh’s rice production has increased by around 37 percent to 36 million metric tons during 2009-2018. The country is likely to stand out with its growth at 8 percent in 2019 and 2020.

Today Bangladesh is seen as a model for growth even in this difficult global economic outlook, he said.

What is more remarkable is that Bangladesh achieved this growth despite natural disasters and calamities, he added.

The country has made significant progress in poverty reduction and income growth in rural areas due to its successful implementation of massive social safety-net programmes.

Thousands of poor families are leading normal life overcoming economic vulnerability and improving their socioeconomic conditions as well as living standards in the past ten years, experts said.

The social safety-net programmes included employment generation project for the ultra poor, test relief, food for work and work for money, vulnerable group development (VGD), and vulnerable group feeding (VGF) programmes, Asrayan Prokalpo, training for livestock, hens and duck rearing and so many other programes that contributed to faster reduction of poverty. The UNDP in July this year published a report that Bangladesh successfully helped 19.3 million people to lift out of poverty between 2004 and 2014, the fastest reduction in the United Nation’s poverty index during that period.

The 2019 global Multidimensional Poverty Index (MPI) said population in multi-dimensional poverty in Bangladesh had dropped to 74.4 million in 2014 from 93.7 million in 2004.

The people of northern districts must be credited for bringing about a revolution to different crop production around the year, and rearing chickens, ducks, goats, sheep and cows gets popularity in northern districts which also helped increase their earnings, he said.

Besides, people were also doing small businesses in their own areas as banks and different non-government organisations were providing them with loans, he added.

The Income Generating Activities (IGAs) with support of this programme have improved economic conditions of the poor bringing them out of poverty cycle in the last ten years, he said.

Rehabilitated couple Anwarul Islam and Mariyam, Masud Rana, Nurul Amin, Mofizul Islam and Shekel Banu there said they lost their homes to river erosion up to 12 times over the years.

“After rehabilitation, we got the government assistance under the social safety-net programme to get engaged in IGAs and all of us are now earning well to lead a happy life,” said Abu Bakar.

Shekel Banu said all rehabilitated families have cows, goats, poultry birds, homestead garden, kitchen, sanitary latrine and many other facilities and their children are going to schools.

Around one-lakh poor families have improved their livelihood through various IGAs utilising training, assistance and micro-credits under the recently renamed “Amar Bari, Amar Khamar (ABAK) project under the safety-net programme in the district.

Beneficiary of ABAK project Alifa Begum of Kursha Balorampur village of Sadar upazila said she got interest-free loan of Tk10,000, Tk15,000 and Tk30,000 in various phases since 2012.

After getting loans, she purchased heifers, goats and sheep with the assistance of her husband Amjad Hossain.

“I have nine cows, 12 goats and 17 sheep, two acres of cultivable land taken on lease along with other assets worth Tk10 lakh to lead a solvent life now with my family members.”

“Over 9,500 women have achieved self-reliance in the last ten years through various IGAs and properly utilising allowances and food assistance distributed among them to cut poverty and lead an improved life in the district,” she added.

Deputy Director of Department of Youth Development Md. Dilgir Alam said his department provided training to the unemployed youths on various trades and disbursed loans to make them self-reliant.

“Over 4,500 trained youths have become self-reliant and many others are on the way to achieve similar successes through IGAs under the government SSNPs in the district,” Alam added.

Dr Tuhin Wadud, associate professor of Begum Rokeya University, said implementations of massive social safety-net programmes were playing the key role in improving the living standard of the poor in the district.