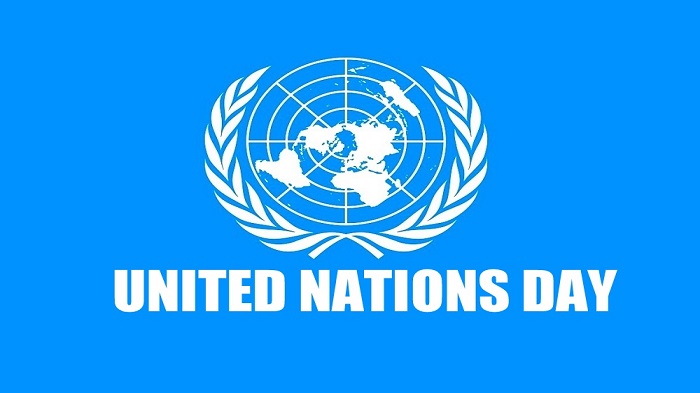 The United Nations Day will be celebrated in the country on Thursday as elsewhere in the world in a befitting manner.

The theme of this year’s day is “Greening the Blue’.

In a message, on the eve of the day, Prime Minister (PM) Sheikh Hasina described this year’s theme as a time befitting one saying, the present government has demonstrated remarkable leadership in undertaking massive adaptation and mitigation measures against climate change.

She wished continuous strengthening of the engagement of Bangladesh with the United Nations (UN) system.

The premier said as a responsible member of international community, Bangladesh will always respect the principles of United Nations.

Bangladesh, she said, will continue its efforts to build cooperation among nations in order to solve economic, social, cultural or humanitarian problems and to contribute worldwide peace and security.

The premier said on the auspicious occasion of the UN Day, Bangladesh joins the international community in reiterating its firm conviction to uphold peace; ensure security; protect human rights and promote development across the globe, as enshrined in UN Charter and the Bangladesh Constitution.

She said after independence in 1971, Bangladesh joined the United Nations in 1974 under the leadership of Father of the Nation Bangabandhu Sheikh Mujibur Rahman.

The premier said in his (Bangabandhu’s) speech at the UNGA in 1974, he stated: “The Bengali people have aspired to live in peace and friendship with all the nations of the world. The noble ideals enshrined in the United Nations Charter are the very ideals for which millions of our people have made supreme sacrifice.”

The premier hoped that the United Nations system will continue to serve humanity and bring peace, harmony and sustainable development for all.

“We shall continue to draw inspiration from the vision of our Father of the Nation Bangabandhu Sheikh Mujibur Rahman to pursue peace, justice, development and cooperation as the cardinal principles of our engagement with the UN and the wider international community,” she said.

The United Nations Day marks the anniversary of the entry into force in 1945 of the UN Charter.

With the ratification of this founding document by the majority of its signatories, including the five permanent members of the Security Council, the United Nations officially came into being.

Since then October 24 has been celebrated as United Nations Day.