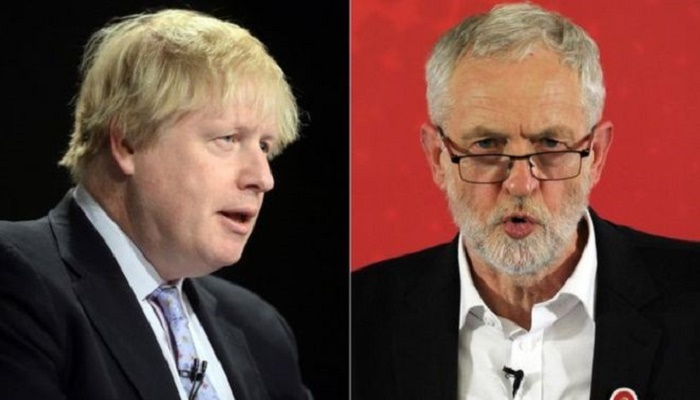 UK Prime Minister Boris Johnson has met Labour leader Jeremy Corbyn amid uncertainty over what happens next with Brexit.

The meeting comes after MPs rejected the PM's plan to fast-track a bill to implement his deal through Parliament.

During PMQs, Mr Johnson said MPs had "willed the end but not the means" and it was now the EU's decision whether to grant an extension beyond 31 October, reports BBC.

Mr Corbyn told the Commons MPs must "have the necessary time to improve on this worse-than-terrible treaty".

No 10 said there had been "no meeting of minds" between the two men and no further talks were currently planned.

The PM announced that he would pause the progress of the Withdrawal Agreement Bill (WAB) on Tuesday after MPs rejected a plan to pass it in just three days.

EU leaders, meanwhile, are considering whether to grant a delay to the Brexit deadline and what length it should be.