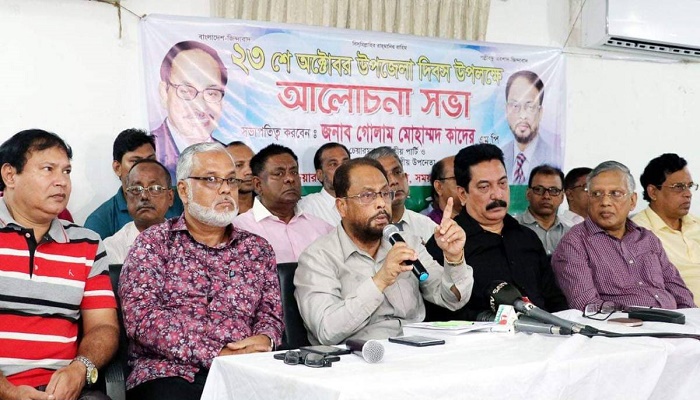 Jatiya Party Chairman GM Quader on Wednesday said it is high time for the full implementation of upazila system to ensure the development and prosperity of rural people.

“There’s no alternative to restoration of upazila system introduced by Hussain Muhammad Ershad as it’s very effective for ensuring the development and prosperity of rural people,” he said.

Speaking at a discussion, Quader further said, ‘Upazila courts were the effective components of the upazila system through which the justice system could reach the doorsteps of people. There’re now upazilas without courts, depriving people of availing of the real benefit of the upazila system.”

GM Quader said upazila courts have been set up now in district towns forcing the justice seekers to go there from far away. “The upazilas will get back life again if the courts are set up there. It’ll also create huge employment opportunities.”

He said Ershad introduced the upazila system during his rule to build a welfare-oriented and pro-village public representative administration.

“His (Ershad’s) name has been written in the hearts of people for establishing the upazila system. “Pollibandhu Ershad will remain immortal in history as long as the upazila system prevails,” the Jatiya Party chief observed.