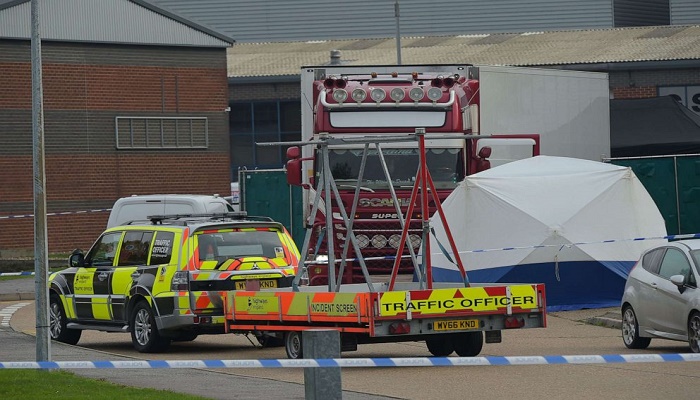 A 25-year-old man from Northern Ireland has been arrested after 39 dead bodies were discovered in a tractor-trailer about 20 miles east of London of  United Kingdom, police said Wednesday.

A murder investigation has been launched on suspicion of murder in connection with the deaths, according to Essex police, reports ABC News.

Emergency services were called to an industrial park in the town of Grays in Essex, southeast England, at around 1:40 am local time, when the vehicle was discovered to have people inside.

Thirty-nine people, one of whom was a teenager per early indications, were pronounced dead at the scene.

The vehicle is believed to have originated from Bulgaria and entered the United Kingdom through Holyhead port in Wales on October 19, police said.

The UK Home Office, the government department responsible for domestic security and immigration, will be working with Essex police on the investigation.