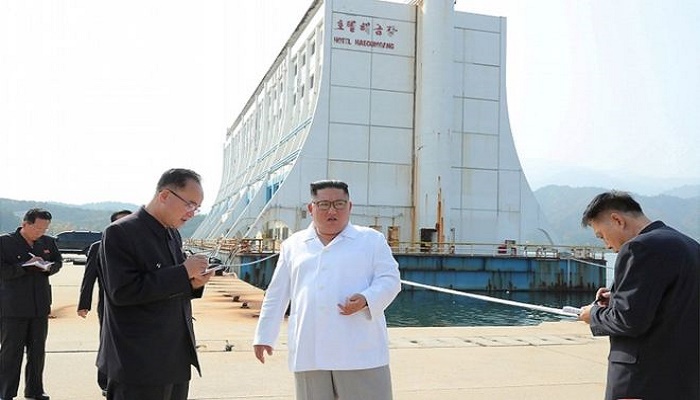 North Korean leader Kim Jong-un has ordered the demolition of all hotels and other buildings constructed by South Korea at a famous tourist site.

Mr Kim described the complex at Mount Kumgang in the North as being built "like makeshift tents in a disaster-stricken area", state media report, reports BBC.

The resort was once hailed as a symbol of inter-Korean co-operation.

But after visiting the site, Mr Kim said it would be better off being managed without involvement from Seoul.

The Mount Kumgang resort, in eastern North Korea, was built in the 1990s by South Korean companies on one of the peninsula's most scenic mountains.

Hundreds of thousands of Southern tourists were allowed to visit the site under strict controls but tours were abruptly suspended in 2008 after a female tourist was shot dead by a North Korean guard.