Airplane gets stuck under footbridge (Video) 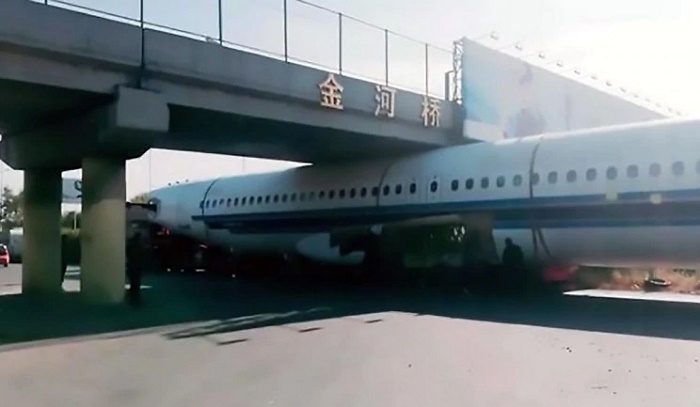 A video of an airplane getting stuck under a footbridge and the way it was removed is going viral online. And it is something that you have never seen before.

The incident took place in Harbin, China when an airplane, which was being transported on a bus, got stuck under a foot bridge. In the video, one can see the fuselage of the airplane getting stuck under the bridge, as the driver tries to figure out a way to take it out.

Reports said that the plane was being transported after it was disassembled. According to China Xinhua News, in order to get the plane out of the comical situation, the driver had to deflate the tires of the truck.

Reportedly, the experts said that this method could work because the trailer truck’s tires were very high and when the driver deflated them, there was space to move the truck.

The driver later had to re-inflate the tires so that he could move the plane to its location, reports said.

After the video went viral on Twitter, people obviously were laughing hard at the hilarious situation.