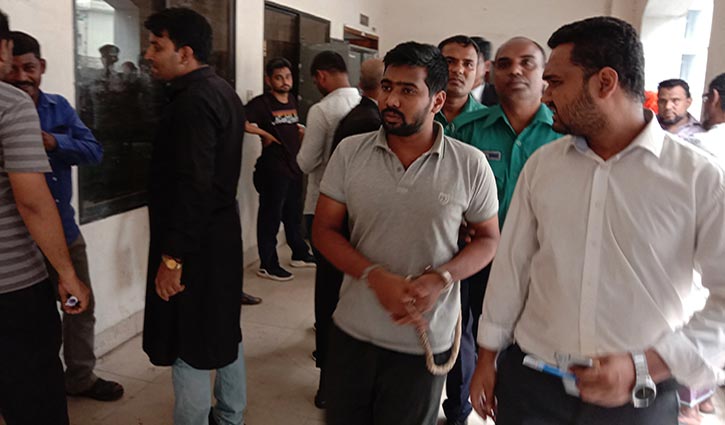 A Dhaka court on Wednesday placed Mizanur Rahman alias Mizan on a five-day remand in the case lodged over murder of BUET student Abrar Fahad.

Dhaka Metropolitan Magistrate Baki Billah passed the order as investigation officer (IO) and detective branch (DB) inspector Wahiduzzaman produced the accused before the court and pleaded to place him on a 10-day remand.

Mizan, a student of Department of Water Resources Engineering, was also roommate of the deceased. He was arrested from Room-1011 of Sher-e-Bangla Hall of Bangladesh University of Engineering and Technology (BUET) on October 10 and was sent to jail the next day.

BUET students and the varsity authorities found seemingly lifeless body of Abrar, 22, on first-floor stairs of Sher-e-Bangla Hall and rushed him to Dhaka Medical College Hospital (DMCH), where doctors declared him dead at around 6.30 am.