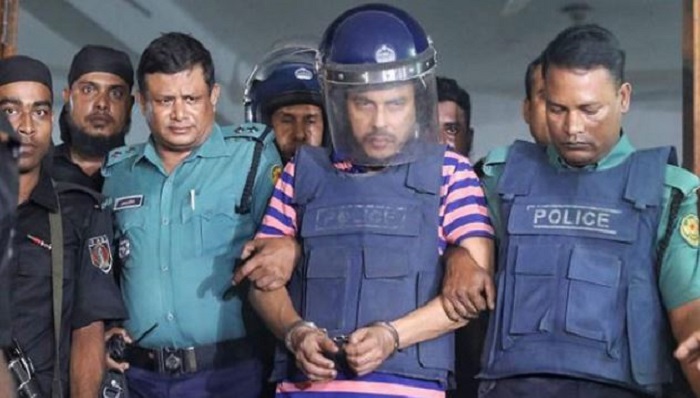 A Dhaka court on Wednesday placed former Jubo League leader Khaled Mahmud Bhuiyan on seven-day remand in a case lodged in connection with rape and murder.

The case was filed against Khaled Bhuiyan with the Khilgaon Police Station in 2014.

According to the case statement, Khaled with his associates shot Israil Hossain alias Israfil Hossain and Sharif Hossain Saimon in the capital’s Khilgaon area on September 4, 2014.

At that time, they robbed Tk 38 lakh from the victims.

Saimon was killed on the spot while Israil sustained injuries critically in the shooting. Later, Israil died on April 1, 2016 while undergoing treatment.

Majibar Rahman, the victims' relative, filed a murder case with the police station against some unidentified persons on September 5 that year.

Then, a Dhaka court directed PBI for further investigation on February 22 last year. The PBI investigators found Khaled’s involvement in the incident.