Hasina, Modi, Mamata likely to pad up at Eden Gardens for Teesta Test 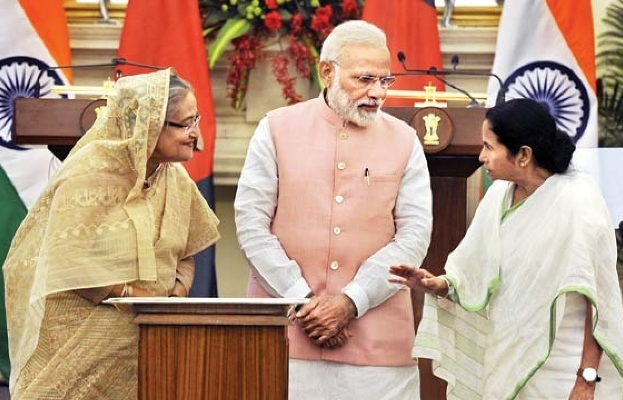 Sheikh Hasina plans to watch the cricket Test match between India and Bangladesh at Eden Gardens in Kolkata starting November 22, it has learnt, and Modi is expected to join her.

There are expectations that West Bengal CM Mamata Banerjee may join the two PMs during the match and this may contribute to a softening of the West Bengal government’s stand on the proposed Teesta water-sharing treaty.

Banerjee remains intransigent on sharing Teesta waters with Bangladesh, but Modi had promised Hasina last month a deal in the near future.

Pakistani PMs and Indian leaders attempted to bond over cricket in the 1980s and later during the 2011 World Cup that was hosted in South Asia.