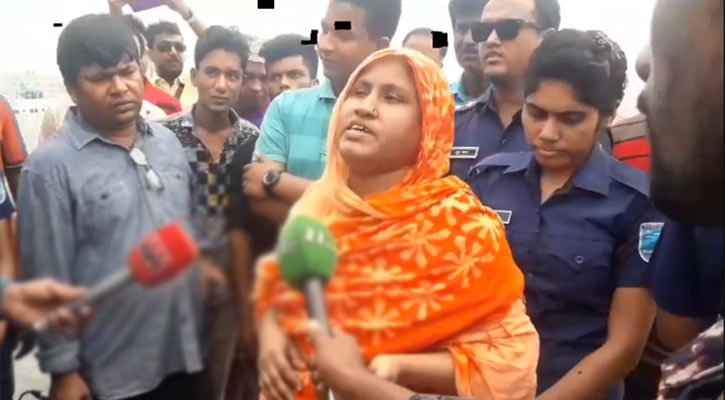 The woman who indiscriminately cut-off trees of rooftop garden of a house at CRP road under Savar in Dhaka has been arrested.

Earlier on Tuesday, a video of cutting down plants on the rooftop eventually went viral on social media.

The video created a huge outrage across the country as people flooded the video post with comments.

The video was recorded by a neighbour who cared for and had planted much of the rooftop plants.

In the video, Khaleda, wife of Selim Al Din who is the owner of two flats in the building, was seen chopping down plants of the rooftop garden with a sharp object.

Watch the video of arresting the woman here: