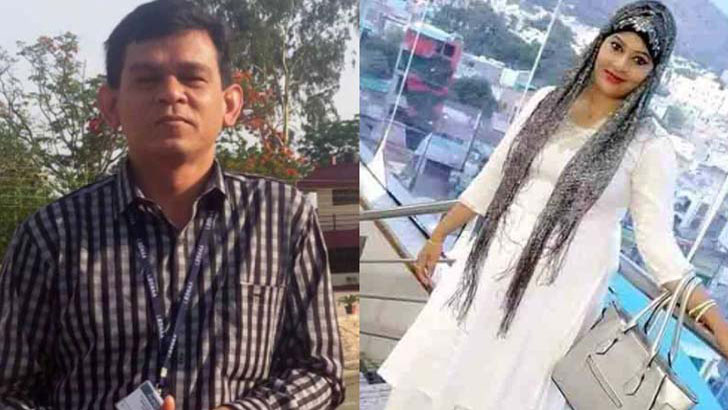 Office assistant Sanjidia Yasmin Sadhona, who was seen in an objectionable condition with former Jamalpur DC Ahmed Kabir in a leaked CCTV footage, has been suspended.

Moreover, a departmental case has been filed against Sadhona, he said.

Earlier on September 27, Ahmed Kabir was suspended as a leaked video showing him in a compromising situation with female colleague Sadhona went viral on social media.

The video of Jamalpur DC and his female colleague was uploaded from a Facebook account named Khandakar Shohel on August 22 night but was removed the following day.

In the meantime, it went viral through the Facebook Messenger App within few hours.

Severe criticism and discussion came up in the social media following the acts of the DC exposed in the video.