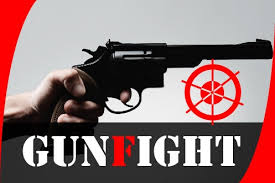 A suspected drug dealer was killed in a reported gunfight with police of Patnitala upazila in Naogaon on Wednesday morning.

The deceased was identified as Mehedi Hasan, son of Gafur Bhola, hailing from Sagarpur villageof Badalgachi upazila. He was involved in drug trading and accused in multiple cases with different police stations.

The gunfight took place at Lodipur khari Bridge area of Shiar union of the upazila this morning.

Confirming the news, Abdul Mannan, superintendent of police (SP) in Naogaon, said a team of law enforcers conducted a drive in the area after being tipped off.

Sensing the presence of the police, the drug peddlers opened fire on law enforcers, forcing them to retaliate for self-defense.

After the gunfight, the police members recovered the bullet-hit body of Mehedi and others managed to flee the scene, he added.

The SP also said that the three police members were also injured in the gunfight, adding that Police recovered firearms and drugs from the scene.