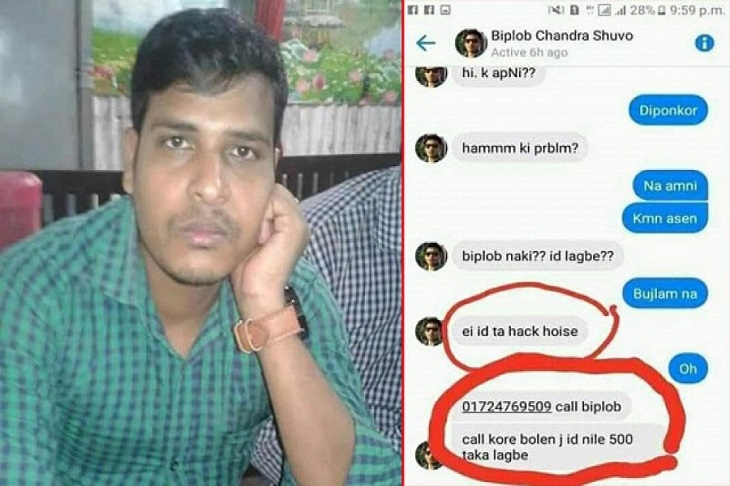 The brother-in-law of Biplob Chandra Baidya was freed around 30 hours after law enforcing agency members picked him up from his Jewellery shop in Bhola on Wednesday.

He was picked up yesterday (Tuesday) following Sunday’s clash over a hate speech spread through Biplob’s Facebook messenger app.

Bidhan Majumder and one of his employees Sagar were released from the Rapid Action Battalion’s office in Bhola Sadar upazila around 1:00am today.

Four people were killed and at least 200 others injured in the clash between police and demonstrating locals in Borhanuddin upazila of Bhola, demanding punishment of a youth for allegedly hurting religious sentiment on social media.

Biplob, who filed a general diary with police claiming that his Facebook account had been hacked, was shown arrested in the case amid demands for his apprehension by local Islamic leaders.