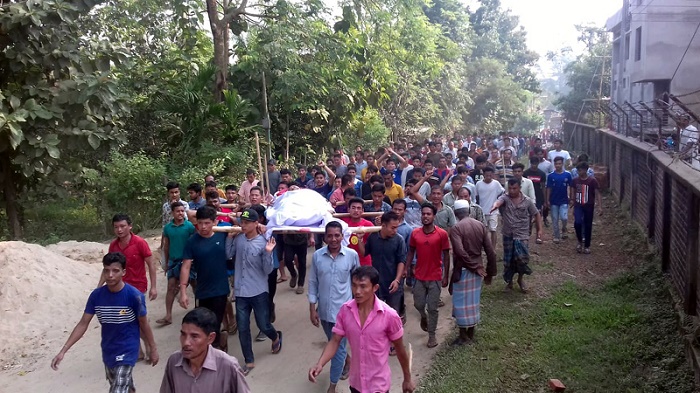 A former Union Parishad chairman was abducted and killed at Haludia Para of Rajasthali upazila in Rangamati on Wednesday.

The deceased was identified as Dipomoy Talukdar, a former chairman of Haludia Union Parishad. He was also a vice-president of BNP’s upazila unit.

Police said they suspected that he might have been killed over previous enmity.

As news of his death spread, locals brought out a procession and laid siege to the police station demanding justice.