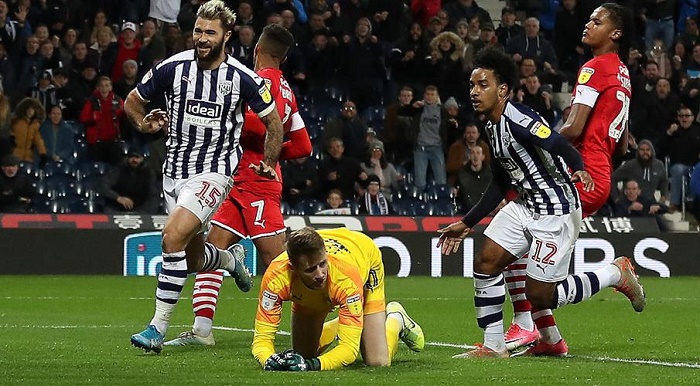 West Bromwich Albion fought back from two goals down to draw 2-2 with Barnsley as the Championship leaders maintained their advantage at the top on Tuesday.

Slaven Bilic’s side were stunned when Cauley Woodrow headed rock bottom Barnsley in front at The Hawthorns after 18 minutes and doubled their lead just six minutes later.

But West Brom pulled a goal back when Bambo Diaby headed a corner into his own net at the near post. Matheus Pereira grabbed the equaliser nine minutes from time.

“There’s no such thing as a free lunch in life or in the Championship. That is why I think this is a fantastic point for us,” Bilic said.

“I’m very pleased that the players kept their concentration and their shape. By doing that I was always confident we would create opportunities or force errors.”

Tom Barkhuizen fired Preston in front at Deepdale and Leeds were grateful to on-loan Arsenal forward Eddie Nketiah for heading the equaliser with three minutes remaining.

“After Preston’s goal, we multiplied our efforts to try to score. After we scored, we could have won the match,” Leeds manager Marcelo Bielsa said.

“But we cannot ignore that Preston had some chances to score again and maybe they could have won.”

Sheffield Wednesday’s 1-0 victory over Stoke moved them into third place as Massimo Luongo pounced on an error from Liam Lindsay to score the only goal just before the interval.

Swansea fell to seventh after losing 3-0 at home to Brentford.

New Millwall manager Gary Rowett watched from the stands as his side drew 2-2 with Cardiff at The Den.

The visitors took the lead after 12 minutes when Danny Ward headed home from close range from Junior Hoilett’s cross, but Tom Bradshaw fired in an equaliser just before half-time.

Hoilett curled in his side’s second after 57 minutes but Bradshaw levelled for the second time with 13 minutes remaining.