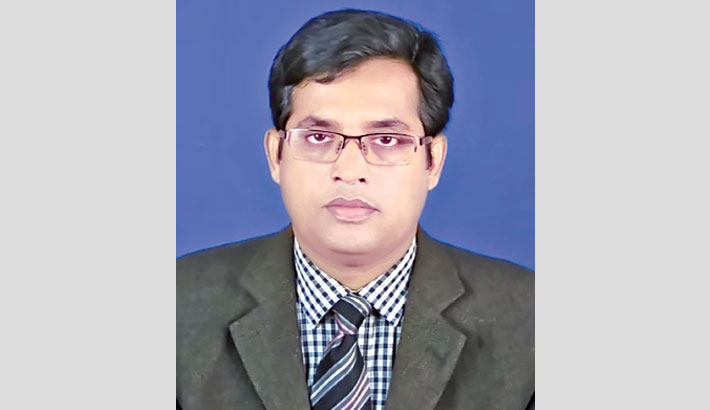 People of Bangladesh are passing through a tense situation in an effort to grasp a number of incidents starting from a crackdown on corruption in the Casino, wonky situation of Bangladesh Jubo League and brutal killing of Abrar by the ruling party student wing - BCL. The recent political development started through the removal of the top leadership of BCL due to their alleged involvement in corruption. The decision of the Prime Minister to oust them created some degree of hope among the countrymen as it represented the government’s willingness to take action against corruption. The hope was further intensified with the government's decision to carry out an operation against the leaders of Jubo League who were mostly infiltrators in the party and remained involved in Casino business.

Involvement of Jubo League leaders in rampant corruption makes us think about a number of questions. First, why did the government continue with the same people in the leadership position for a long time? It creates opportunities for them to become monopolist that could drive them to get involved in many types of corruption. Second, why did the central Awami League leaders allow infiltration in JL? We all know that the government has different types of intelligence agencies through which they receive information about every aspect of the society, politics and administration. As far as my knowledge goes, AL leadership has started realising the fact that the party has been grabbed by the infiltrators who are manipulating their power and position for personal gains and creating pains for the government. That is why the government has started a cleansing operation. The government should not remain concentrated to make reform in Jubo League only. Rather, they should continue this cleansing operation at all levels starting from the central to local level as infiltration and corruption have been extended up to the grassroots level which is not a good signal for a political organisation.

For the last few weeks, it seems that the political environment of the country has started blistering. A series of incidents have taken place in the last two months. It is good that that Prime Minister with her maturity and efficiency has managed to control most of the incidents without further deterioration. But, one should bear in mind that incident like the brutal killing of Abrar has ingrained into the heart of the millions of people of the ordinary citizens. They would take time to come out from such trauma as the incident has touched the conscience of the countrymen. Due to a strong and quick action of the law enforcement agencies, the movement of the students at BUET and other public universities has stifled. If the killers are not given capital punishment within the shortest possible time, there is an apprehension that movements could be started at any time.

It is no denying the fact that the popularity of the Prime Minister is very high. But, at the same time, AL as a political party and the government as a whole have started losing their credibility among the people of the country. In order to recuperate the image of the party, the government should first continue their crackdown on corruption at all levels without considering the political identity of the corrupt people. Second, the government should think of identifying a strategy through which they could at least control their associate organisations and student wing -BCL. We have already learnt from Prime Minister's press conference that she is not upholding the spirit of the imposition of bans on the BCL. Ideally, I also uphold the same spirit as student politics had a glorious past in the country.

The students of our country saved our language, organised movements against the Pakistani army, responded to the instruction of Bangabandhu to fight for the independence of the country and finally, played an important role in the process of restoration of democracy in 1991 overthrowing the military dictator. At the same time, I do believe that it is high time to think about finding strategies to rectify our student wings as they have taken the Bangabandhu’s organisation to such a black hole from where they are failing to come back. Thus, in order to bring back order within the BCL, a breathing space needs to be created by the government and AL central leadership. And this could be done through the imposition of a ban on student politics for some time so that they could rectify them.

We all know that at the end of the day, the main responsibility of the government is to take actions for making the voters satisfied. The present government, despite having some criticisms, have been working hard for changing the destiny of the countrymen and taking the country into the next level of development. But, at the same time, it is also true that the government has failed to control corruption at all levels of administration and establish good governance. In most cases, their own party men have been found involved in corruption activities which are a shame for the government. Thus, in order to satisfy the voters, the government should take a number of strategies that may include a crackdown on corruption at all levels, the imposition of a ban on the politics of student union and establishment of good governance.

Over the last few years, we have witnessed the paralysing state of the main opposition party – BNP. It does not necessarily mean that they would remain weak forever. Nothing is impossible in politics. People’s wave could change at any time through any movement, Nowadays social media has become a vibrant source that can be used as a platform for moulding opinions of different sections of the society. Thus, if they want to regain power in the next election, the ruling party needs to be more focused on the issue of controlling corruption and making a good improvement in governance indicators where they are lagging despite tremendous economic development.

They should also consider that the administrative system has broken down in most of the sectors. It is due to failure of placing the right people at the right place. Among different sectors, the higher education sector which is considered as one of the most important sectors has also been paralysed. There are wide-ranging allegations against many of the Vice-Chancellors and Pro-Vice Chancellors of many public universities. We cannot even think of the fact that people who are occupying these positions could get them involved in corruption. Politics has also played a part in such degradation. Once someone gets an appointment only on political consideration, it is usual that he/she would try to satisfy their political master even at the cost of honesty and sincerity. Thus, the government should take a comprehensive reform plan in order to overcome contemporary political challenges.