ACC chief warns of actions against officials if they harass anyone 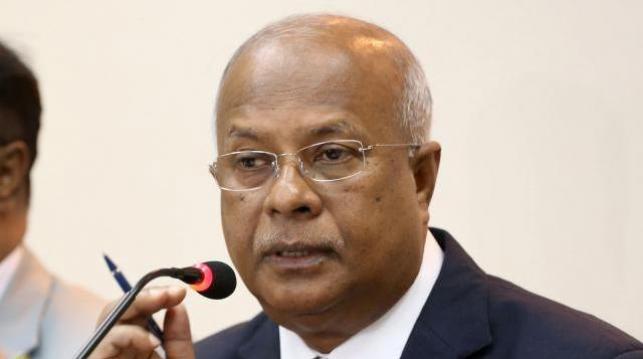 Chairman of Anti-Corruption Commission (ACC) Iqbal Mahmud warned that action will be taken against those officials of the commission, who will harass anyone through irregularities, corruption or misusing authoritative power.

The ACC chairman came up with the warning in his presidential speech at an ‘Internal Anti-Corruption Committee’ meeting at the commission office here, said a press release.

Iqbal Mahmud said the meeting has decided to investigate into eight complaints against the ACC officials and take departmental actions against them.

Besides, at a training programme for ACC’s official rank of director, deputy director and assistant director, the ACC chairman urged the commission’s officials to perform their duties with honesty and transparency. It is the responsibility of the officials that they will ensure the security of secret information revealed in any investigation into any complaint.

If anyone gets involved in such activities like information leakage, administrative measures will be taken against him or her.