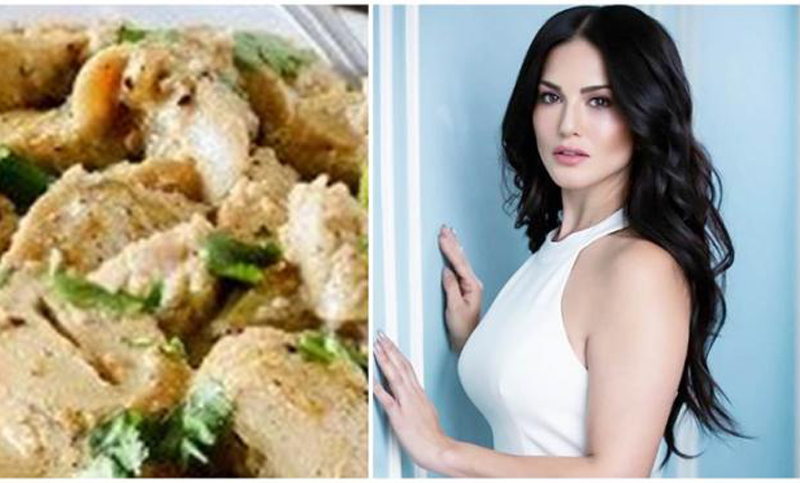 Indians have never really enjoyed a reputation for being respectful of intellectual property or copyright law, and indeed seem to have a blissful ignorance of the fact that people are entitled to a modicum of privacy, or even their own names. From pseudo-Salman Khans to stolen song tunes to “unofficial remakes” of films, plagiarism is practically a cottage emporium in most parts of the country, and while it may usually seem more slothful than sinister, things can quickly get crass.

A little internet sleuthing on our part (fine, we just googled it) confirmed that the menu was from a real Delhi diner.

The restaurant brand serving the distinctly distastefully named dishes is a chain of eateries called Veer ji Malai Chaap Wale, which specializes in er, Malai Chaaps. The restaurants are purveyors of desi mock-meat, with their gimmick being selling pure vegetarian fare, which are named after non-vegetarian classics like Butter Chicken Leg, Veg Fish Tikkas, Chicken Popcorn and so on and so forth. One would have thought that that would be enough of a draw, but the owners clearly thought otherwise.

We're all for freedom of expression and, of course, every business needs a unique selling point, but this is just every kind of gross, and reeks of male entitlement. It's objectifying and commodifying women by literally naming (mock) meat dishes after them. It can't even be excused as a terrible non-veg joke because it's literally about women being disparaged as pieces of meat, while actually being sanskaari vegetarian.