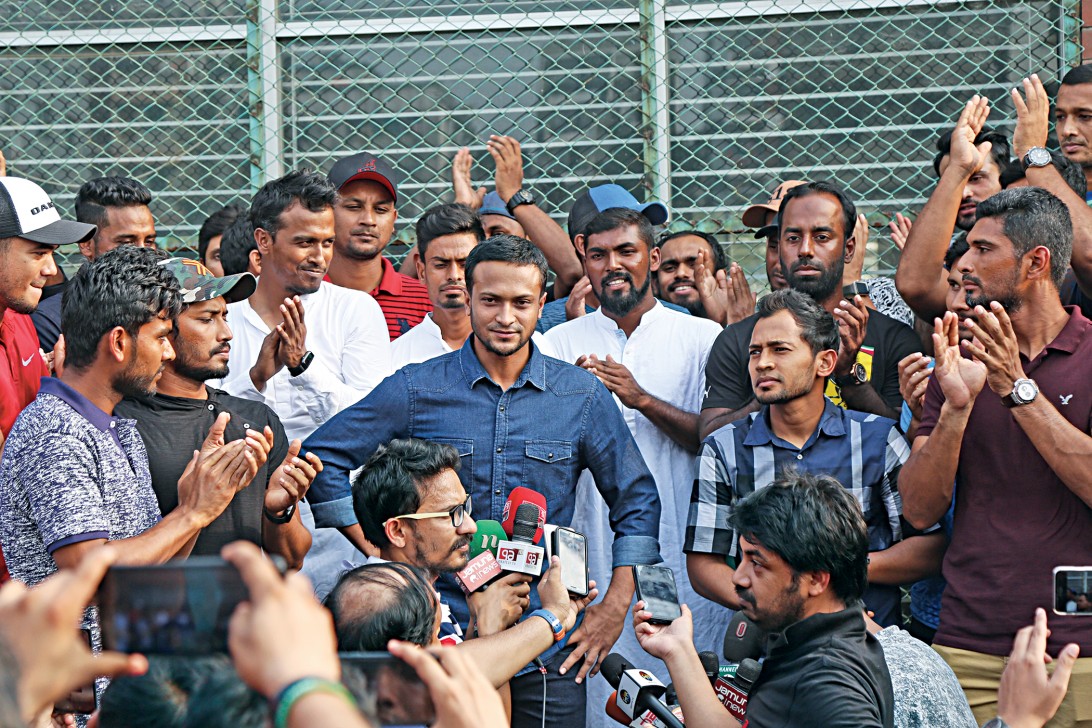 Mentioning that Bangladesh cricketers getting highest opportunities compare to other players of the world, Bangladesh Cricket Board (BCB) president Nazmul Hassan Papon on Tuesday said that his board paid 24 crore Taka to 15 cricketers as bonus few months ago.

Papon said this in an emergency press conference at Sher-e-Bangla National Stadium in the city on Tuesday in the wake of the players’ unprecedented strike to fulfill their 11-point demand.

Papon claimed that most of the demands the players raised were met while some are in the process to be met.

“We’ve seen what they (cricketers) demanded. We’re shocked because they never came to us with these demands before. Most of the demands are met and they (players) know that well. Yes for the time being, I accepted that they didn’t let us the know before but now they need to come. But still they are not coming. And what that means? I believe they know very well that they have nothing to tell because the demands they raised have already been met so what they would tell and that’s why they switched off their phone and didn’t contact anybody else. If they don’t come now, how we’ll meet their demands,” he questioned.

“And all of their activities proved that some people are behind them who misguided them and still misguiding them. They are against the country’s cricket and they want to tarnish the image of our country also,” Papon added.

Earlier on Monday, the cricketers announced that they will not participate in any cricketing until their 11-point demand, including salary hike, are met by the Bangladesh Cricket Board (BCB).