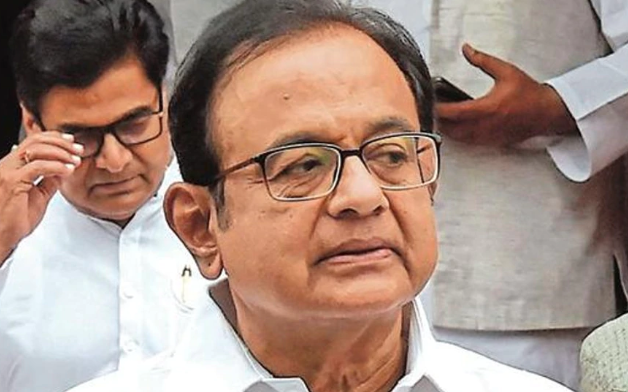 In its order granting bail to Indian former finance minister P Chidambaram, a two-judge bench of  Indian Supreme Court on Tuesday rejected the Central Bureau of Investigation’s arguments that the 74-year-old veteran Congress politician could influence or flee the country.

Justice R Banumathi, who led the bench, said Chidambaram is “not a flight risk” - a term that had been used by Solicitor General Tushar Mehta - and in view of the conditions imposed, “there is no possibility of his abscondence from the trial”.

“We find merit in the submission of the learned Senior counsel for the appellant that the appellant is not a “flight risk”; more so, when the appellant has surrendered his passport and when there is a “lookout notice” issued against the appellant,” the court ruled.

The court elaborated that it was unable to accept Tushar Mehta’s argument that “flight risk” of economic offenders should be looked at as a national phenomenon and be dealt with in that manner merely because certain other offenders have flown out of the country.

Chidambaram was represented by senior lawyers and Congress leaders Kapil Sibal and Abhishek Manu Singhvi along with Arshdeep Singh.

Karti Chidambaram reacted to news of the top court granting his father bail in the CBI case in the INX Media case, tweeting in Latin a variation of the maxim, “Veritas valebit, etsi lente” that roughly translates into ‘truth will prevail, even if slowly’.

Karti Chidambaram is also an accused in the case against his father relating to alleged irregularities in the Foreign Investment Promotion Board (FIPB) clearance given to the INX Media group for receiving Rs 305 crore overseas funds. Chidambaram was the finance minister at that time.

The Supreme Court bench also brushed aside the CBI’s arguments that it was necessary to keep Chidambaram, a former Union home and finance minister, in jail or he could influence the 25 witnesses in this case. The judge ruled that this was a last-minute argument put forward by the CBI only when it had to argue against Chidambaram’s bail.

The CBI had filed six remand applications in courts, the Supreme Court said, pointing out that “there is no such whisper” alleging that Chidambaram tried to influence any witness in these requests.

Tuesday’s order by the Supreme Court is the first bit of good news for P Chidambaram, who was arrested by the CBI in the INX Media case 61 days ago. The top court’s order, however, does not imply that he is going to walk out of Tihar jail in national capital Delhi. The former minister was last week arrested and sent to custody of the Enforcement Directorate which is investigating a related money laundering case.

The Supreme Court said the high court verdict, which had mainly focussed on the nature of the allegations and the merits of the case, “did not keep in view the well-settled principles for grant or refusal to grant bail”.