Uncertainty looms over a rally called by religious groups in Bhola 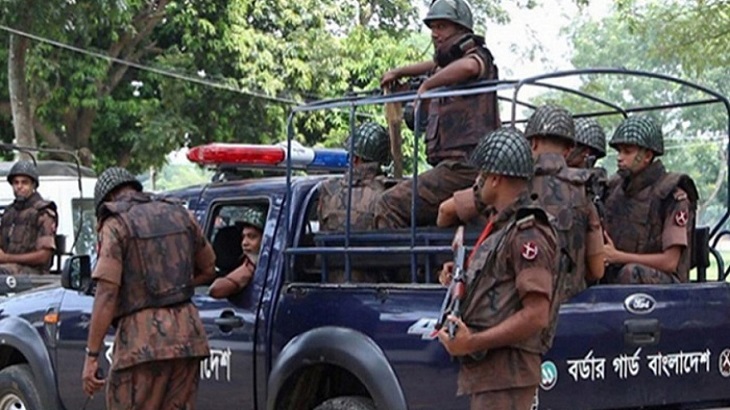 Security beefed up in Bhola as a huge number of law enforcers have been deployed ahead of a rally convened by a religious group Sharbadaliya Muslim Oikya Parishad.

Despite an ongoing ban on rallies and meetings in the district, the platform last night called a rally at 3:00pm today (Tuesday) in all 10 upazilas of the district ,including Bhola Sadar.

As they did not seek permission from the local administration, a large number of law enforcers have been deployed in the area since morning, police sources said.

Four people were killed and at least 200 others injured in the clash between police and demonstrating locals in Borhanuddin upazila of the district, demanding punishment of a youth for allegedly hurting religious sentiment on social media.