Who does Bangabandhu belong to? 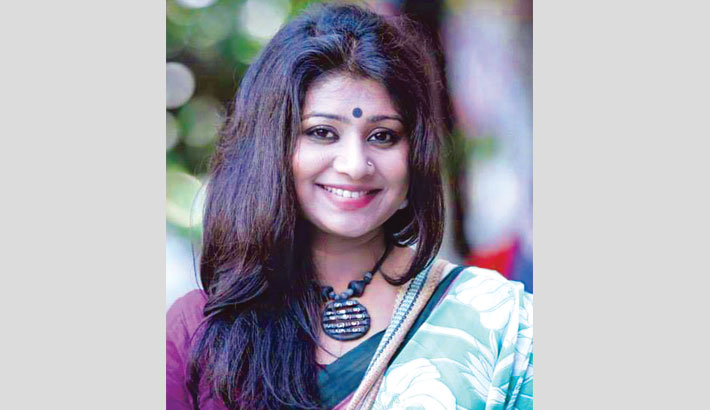 Recently on Friday, on the birth anniversary of Sheikh Rasel, BCL leaders distributed copies of Bangabandhu's autobiographical book "Osomapto Attojiboni" (Unfinished Memoir) among the students at Madhur Canteen in DU campus. They distributed almost 500 copies of the book. The incident went viral politically. BCL has often been criticised for using Bangabandhu's image and "Joy Bangla" slogan as their own copyright properties. There are innumerable incidents which I myself can mention. Even other political parties also consider Bangabandhu as an absolutely inseparable part of Awami League. Bangabandhu has become a brand. Does Bangabandhu belong to BCL or Awami League only? Does he belong to a particular political party? 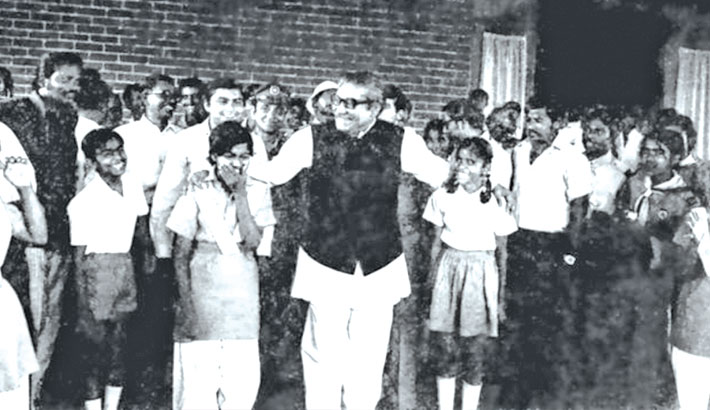 The young generation must ask the aforementioned question and also get a proper answer. The answer will be clear if one reads about Bangabandhu in his own words. In my opinion, "The Unfinished Memoir" and "The Prison Diaries" are two essential books which we must read. As we read these two books, we will be able to understand the journey of Bangabandhu who became a true leader by the course of time. He must be an idol for all the leaders in our country. Although I support the fact that BCL candidates must sit for an examination for which they must read two books written by Bangabandhu, I believe that ordinary youngsters also should read these amazing books in which the stories of a great leader are written in his own words. It is because Bangabandhu belongs to all.

The image of Bangabandhu has been used, reused, misused, shaped, reshaped and deshaped in many ways since 1975 after his brutal assassination. He has been presented and represented in such a way as if only Awami League and BCL can possess his identity. I myself have faced many such instances where many followers of other political parties tried to indoctrinate their ideology in me regarding Bangabandhu's political stance. A few even said to me directly, "Bangabandhu is theirs. Joy Bangla is not our slogan".

Let me share an incident. One day, I went to a place to perform with Bogura Youth Choir. The programme was organised by city corporation office. I used to be the lead performer as well as anchor at that time. After singing a few patriotic songs regarding the war of liberation, I came down from the stage. A stranger came to me and said, "never say that Bangabandhu is "our national" hero. You are too young to understand so many political things. Bangabandhu belongs to Awami League only". I kept silent. True! I was too young to protest in a political voice. But I was not too amateur to be manipulated. I have been taught by my father since my childhood that Bangabandhu is the "Father of our nation". If we deny the fact, we will also reject our own national identity. Even Barrister Moudud Ahmed, in his book "Bangladesh, era of Sheikh Mujibur Rahman", wrote, "More pragmatic, efficient, capable and dynamic political personalities than Sheikh Mujibur Rahman might have emerged or may emerge, but it will be very difficult to find someone who has contributed more to the independence movement of Bangladesh and the shaping of its national identity". I really feel good that a prominent figure of BNP has rightly appreciated Bangabandhu as the most important person during the liberation war of Bangladesh.

Bangabandhu is not a brand that is meant to have an exchange value. In the name of Bangabandhu, many corrupted people exploit the helpless ones. Bangabandhu never wanted this to happen. He even wanted to build an exploitation free democratic country where there would be no discrimination based on gender or monetary abilities. Then why some people exact money from others under the coverage of Bangabandhu's name. Is he a bullet proof jacket for some and a bullet for others?

I wholeheartedly thank our honourable PM Sheikh Hasina and her sister Sheikh Rehana who actualised Bangabandhu's words in a form of a book. After reading this book, many things appeared clearer to me. Bangabandhu fought for the people of Bangladesh. He wanted to unite Hindus and Muslims under a single nationalist identity. Now his daughter is trying to create a harmonious relationship among people of different religions. She has to take the blame for being a "Hindu sympathizer". Why? Didn't Hindus fight against the exploitative power of Pakistan back in 1971 and even in 1952? The British wanted to dominate the people of Bengal by dividing them into two groups. They sought and implemented "divide and rule" formula. It took a lot of struggles for Bangabandhu to uproot this diving ideology from people's understanding. Now that his daughter is doing the same thing, why can't we collectively appreciate this effort? She has not come up with an agenda to banish and vanish any religion. She just practically wants to fulfill the dream of Bangabandhu. The dream was simply to build a harmonious and prosperous "Sonar Bangla".

Recently we have witnessed such barbaric act done by so-called BCL leaders in BUET campus. I refuse to call and identify them as "BCL activists". True BCL activists do not act heinously. Bangabandhu was the true leader of BCL back in his time. So, before claiming yourselves to be BCL leaders, please go through the rusty pages of "Unfinished Memoir" and see what it takes to be a true leader. Sometimes, I wonder that these BCL leaders are so much in love with Bangabandhu that they think he belongs to only them. They remind me of a short poem by Mirza Ghalib, "Hum Ne Mohabbat Ke Nashe Mein Aa Kar Use Khuda Bana Dala;/ Hosh Tab Aaya Jab Us Ne Kaha Ke Khuda Kisi Ek Ka Nahi Hota!" (We got drunk and made him a God;/ Consciousness came when he said that God does not belong to any one!). Yes, Bangabandhu does not belong to only one.

Bangabandhu never changed his ideology. He was always in favour of liberating Bangladesh from Pakistan. He could not have a "normal" family life, because he had to remain inside the prison many times. He and his family sacrificed their comfort and security for the sake of the people of Bangladesh. He did everything for the country and its people. Then how come he belongs to one particular party only? He is given the title "Father of the Nation". The nation entirely includes everyone, not a single group of people.

The title "Father of the Nation" is written in our Constitution. So, as Bangladeshi, it is a customary duty to use his image in the posters, symposiums and boards of all the parties. His photo should be used in every office. The slogan, "Joy Bangla" which galvanized the whole country once, should be uttered by everyone. It is because Bangabandhu does not belong to only one. He belongs to all the 160 millions of Bangladeshi people.