Brexit: Johnson in last push to get deal through 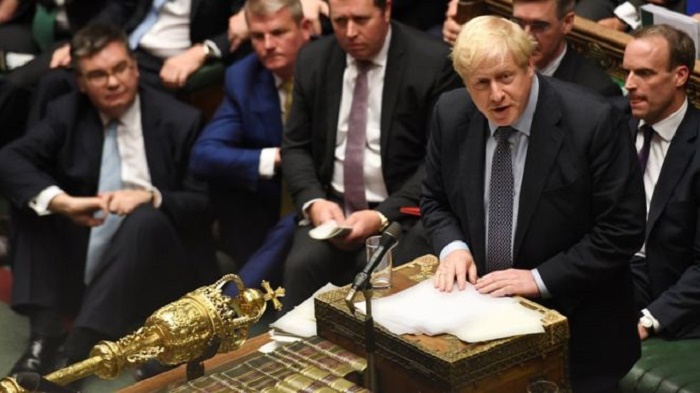 Boris Johnson will urge MPs to back his Brexit deal later, as he launches a final bid to get the UK to leave the EU by the end of the month.

MPs are to vote on whether to back the prime minister's Withdrawal Agreement Bill, which was published on Monday.

If they back his deal, they will then be asked to approve an intensive three-day timetable in which to consider the legislation.

Opposition MPs have said this will not be enough time to scrutinise the bill.

Ministers have insisted they are confident they have the numbers to get the Withdrawal Agreement Bill approved, despite losing a crunch Commons vote on Saturday aimed at ruling out a no-deal Brexit.

MPs believed by ministers to be ready to back the prime minister include pro-Leave Labour rebels and former Tory MPs now sitting as independents who would rather leave with Mr Johnson's deal than no deal at all.

If MPs back the bill, they will then vote on the government's "programme motion", which sets out the timetable for the legislation's passage through the Commons.

On Monday, Leader of the Commons Jacob Rees-Mogg warned the programme motion was essential if the UK was to meet the Halloween Brexit deadline.

"People who do not vote for the programme motion will not be voting for Brexit on October 31," he said.