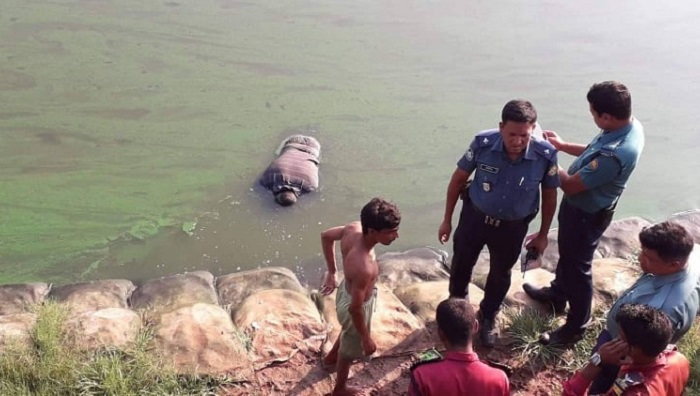 Police on Monday recovered rotten body of a businessman, who went missing eight days earlier, under the water of a water body in the capital.

The deceased was identified as Zakir Hossain, 45, son of Md. Nazim Uddin of Dakhsingaon in Nandipara of the city’s Khilgaon area.

On Monday afternoon, Police found Zakir’s body was tied with a poll under the water of Nagdarpar Jheel in Khilgaon. After recovering the body, the police sent it to Dhaka Medical College and Hospital morgue for autopsy.

Kulsum said her husband Zakir had not returned home since Monday last (October 14) he went out of the house that afternoon.

“Locals found some part of a body floating in Nagdarpar Jheel on Monday afternoon and informed the police. The police came to the spot and recovered the body. Later, we went there and found his body,” she added.