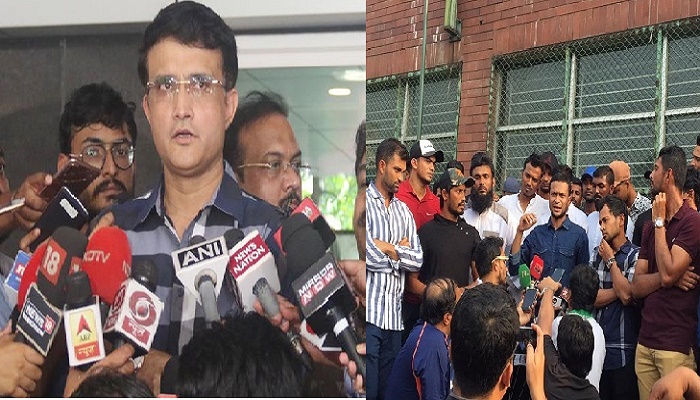 Bangladesh national team cricketers on Monday announced that they will abstain from all cricket-related activities until their 11-point demand, including salary hike, are met by the Bangladesh Cricket Board (BCB), leaving upcoming India tour in uncertain.

The Bangladesh cricket team are scheduled to play three-match T20I series and a two-match Test series in India in November with the first T20I slated to begin on November 3 at Delhi.

While commenting on the issue, the Board of Control for Cricket in India (BCCI) President-elect Sourav Ganguly said: “The strike is the internal matter of Bangladesh Cricket and I expect that they will solve the issue immediately. It will not make impact on the Bangladesh tour to India and the team will come here in due time.

BCB faces such protests by the country’s cricketers for the first time in its cricket history.