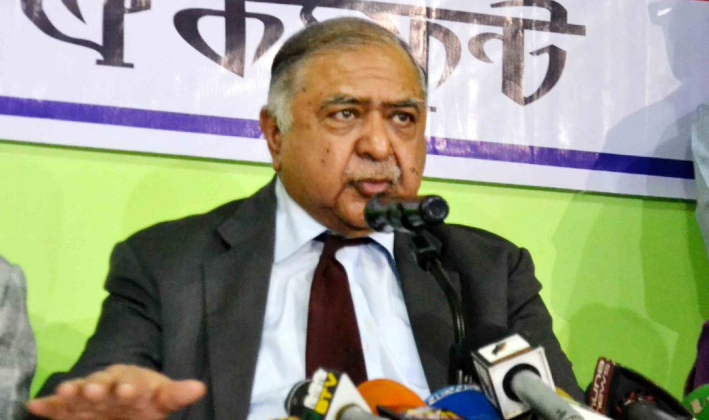 Having failed to get government permission, Jatiya Oikya Front has postponed its public rally scheduled to be held on Tuesday at Suhrawardy Udyan in the city.

The decision was taken at a meeting of the steering committee of the alliance at its convener Dr Kamal Hossain’s Bailey Road residence on Monday afternoon, said a press release.

“Jatiya Oikya Front leaders think the vote robber government which has got isolated from people has done a shameful act by not giving permission for a mass mourning rally at Suhrawardy Udyan. The government has also curtailed the right of expression” the release said.

It said the alliance postponed the rally as the government did not give permission for it. “Our movement and protest programmes will continue in the future. All the autocratic rulers were driven out in the face of public wrath for such undemocratic behaviour.”

It also said the Oikyafront steering committee will work out its next course of action through discussions.

On October 16 last, the alliance announced to hold the public rally at Suhrawardy Udyan in the city on Tuesday, protesting the murder of Buet student Abrar Fahad.

Abrar Fahad, 21, a resident of Sher-e-Bangla Hall of Bangladesh University of Engineering and Technology (Buet), was beaten to death allegedly by some Chhatra League leaders and activists of the university unit on October 7.