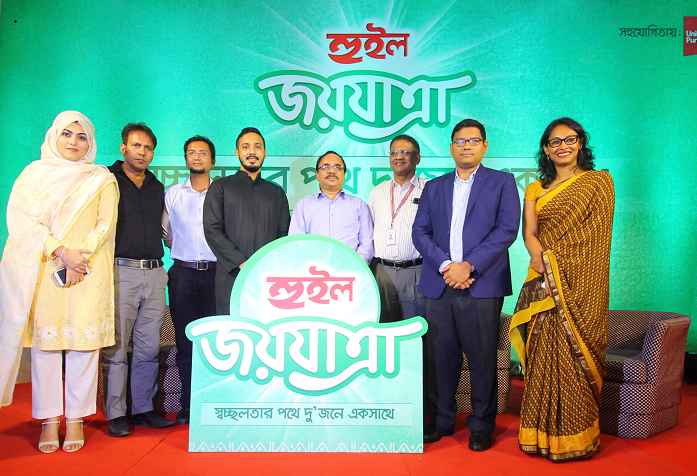 Bangladesh has become a role model for the world in its journey towards progress. And women’s active participation was one of the driving forces of this social and economical development of the country. The country’s development goals need the growth of its entire population, especially the participation of its rural people in various economic activities. While men are very much active in such economic activities, the participation and opportunities for women to be involved is limited. One of the main factors that is keeping the women from advancing is the opposition they face from their families and the society. It is especially true for married women who deserve all the support from their husbands.

Women’s participation in Bangladesh’s economy is only 34%. And we can continue our journey towards success only by increasing their participation. Women are lagging behind because they don’t have many opportunities to participate in the rural areas, and also due to various constraints from the society. To raise awareness on this issue, Unilever Bangladesh’s detergent brand Wheel is coming up with a remarkable campaign called “Joyjatra”. Wheel believes that both men and women should join forces together for the advancement of families and society.

Despite their expertise in various fields, the women of rural Bengal are not being able to make a living out of their skills. As a result many families are unable to have extra income that could help them in living better. That’s why the revolutionary campaign “Joyjatra” wishes to actively influence the mindset of the rural people of both genders, so that the women can participate more in the economic growth.

Wheel is a preferred brand in 9 out of 10 families in Bangladesh. Wheel has been a part of their daily lives since the ‘70s. The campaign has been developed to utilize this bond of Wheel to the people of Bangladesh for a social behavioral change.

Wheel has already taken various initiatives as part of the awareness campaign, including dramas and TV commercials. Unilever Bangladesh has partnered with the NGO United Purpose to take the campaign to the remotest villages of the country. This UK-based organization has been working for more than 20 years to eradicate poverty and develop the nation.

Wheel Joyjatra will begin its initial journey in the village Shorishabari in Jamalpur district. United Purpose and Wheel together have taken various initiatives to influence thousands of men and women to change their usual income structure for a better lifestyle. The initiatives include courtyard meetings for the women and marketplace meetings for the men. After going through various projects in the rural areas, Wheel will organize a 3 day Joyjatra fair. Women of the village will be able to trade their homemade products and services through the fair. This experience will enable the women to participate in earning for their families in the future.

Besides the regular business, the Wheel Joyjatra fair will also have exciting prizes and raffle draws to attract more participation. The three most successful women of the fair will win 50,000 taka, 30,000 taka and 20,000 taka as first, second and third prize respectively. The winners can use this money to advance their businesses.

Also to inspire other women of the country, the pictures and stories of the three winning families will be printed on packets of Wheel. And this way the joyous stories of husbands and wives earning together will spread all over the country.