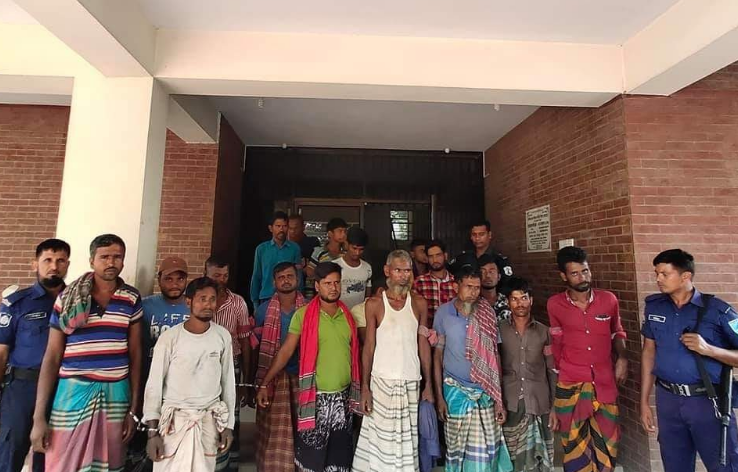 A mobile court on Monday jailed 15 fishermen for catching Hilsa from the Padma and the Jamuna River defying a government ban in Shibaloy upazila of Manikganj.

Shibaloy upazila assistant commissioner (Land) Md Jakir Hossain and executive magistrate Md Jakir Hossian sentenced the fishermen to one year jail each during a drive in the Padma and the Jamuna Rivers.

District Fisheries Officer Md Maniruzzaman said two other fishermen were fined Tk 10,000 while around 1,00,000 meters of current net was burnt during the drive.

The government imposed a 22-day ban on catching, selling, storing and transporting Hilsa from October 9 to 31 to ensure safe spawning of the fish.