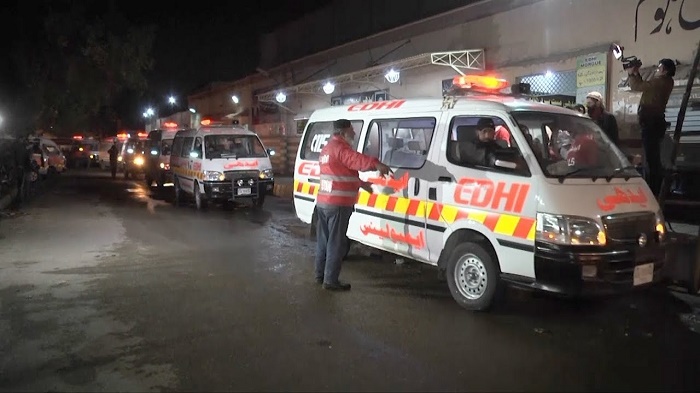 According to the reports, an ambulance carrying a patient and his family members hit a trailer at the Head Pakka area of Mianwali, a district in the country's eastern Punjab province.

The ambulance caught fire after its gas cylinder ruptured following the crash and all the people in the ambulance were killed.

The ambulance was heading towards Islamabad from the eastern city of Bhakkar when the accident happened.

Rescue teams and police reached the site and shifted the bodies to the district hospital of Mianwali. Police has registered a case against the speedy trailer driver for careless driving.