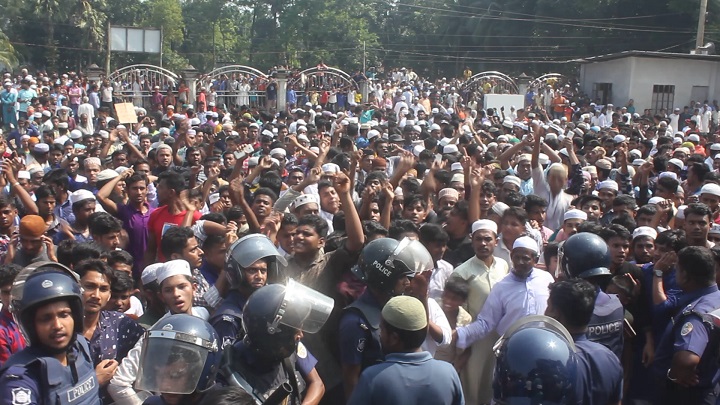 A case has been filed accusing unidentified 5,000 people in a clash of Borhanuddin in Bhola on Sunday that killed four persons and injured over 200.

Md Enamul Haque, officer-in-charge of Borhanuddin Police Station, said the case has been filed in the incident of attack on police.

Meanwhile, the local administration imposed an indefinite ban on public gathering in the district on Monday.

Members of law enforcement and border guard troopers were patrolling the town to prevent any untoward incident.

Police and locals said messages containing derogatory remarks about Allah and Prophet Muhammad were sent to several persons from the Facebook ID of Biplob Chandra Shuvo. Screenshots of the messages went viral on Facebook, triggering condemnation and protests.