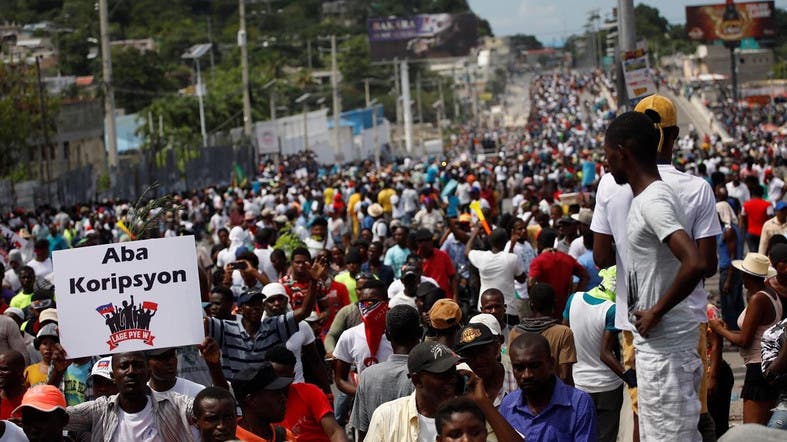 Thousands of people demonstrated on Sunday in, demanding that Haiti’s President Jovenel Moise step down.

“Jovenel is incapable and incompetent, he must pack his bags because Haiti must live,” said one of the protesters, Jean Ronald.

“It is not normal to live in such an unequal country,” Ronald added, standing in front of the float of “Prophet Mackenson,” a popular and controversial Haitian religious leader.

Mackenson Dorilas, a self-proclaimed “prophet,” was sanctioned by the Haitian ministry of faiths at the end of 2018 after saying he could cure AIDS with a bed bug remedy.

The crowd of his faithful moved through streets of the capital, followed by large groups of demonstrators, praying and chanting slogans against the president.

After repeated demonstrations and barricades regularly mounted by opponents of the president across major roads, many schools have closed their doors for more than a month.

“I put on my uniform today, it is brand new, and the first chance I’ve had to put it on is in a demonstration,” says Nelly Delamet, 19.

“Things have to change: Jovenel is not good.”

Since coming to power in February 2017, Moise has had to face the anger of an opposition movement that refuses to recognize his victory in an election widely seen as dubious.

Anger mounted in late August due to a national fuel shortage, and protests turned violent.