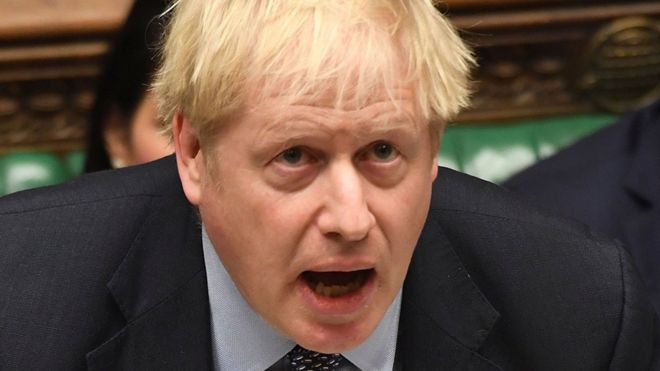 Scotland's highest court is to consider whether Brirtish Prime Minister Boris Johnson has fully complied with a law requiring him to ask for a Brexit delay.

He sent an unsigned letter to Brussels asking for an extension along with a signed letter saying he believed a further delay would be a mistake.

The Court of Session will be asked to decide whether this broke a promise not to "frustrate" the so-called Benn Act.

The government maintains it has fulfilled its legal obligations.

The court was originally asked earlier this month to consider using "nobile officium" powers to request a Brexit extension on the prime minister's behalf - but the judges delayed making a ruling until the political situation become clearer.

One of the campaigners bringing the action, SNP MP Joanna Cherry, said the legal action had already been instrumental in forcing Mr Johnson to send the request for an extension late on Saturday.

She said: "Despite his childish trick of not signing the letter and sending a contradictory covering letter, the EU, who are the grown-ups in the room, have accepted the request and are considering it.

"I am quite convinced that Boris Johnson would not have sought the extension had he not been forced by the court action to promise the highest court in Scotland that he would."

Ms Cherry said she and her fellow campaigners would now seek to maintain the pressure on Mr Johnson to keep his word by asking the judges to continue the case until later in the week.

"Our legal team are also instructed to remind the court that, as well as promising to comply with the letter of the Benn Act, the PM also promised not to seek to frustrate the purpose of the legislation," she added.

"It will be for the court to decide whether his actions in failing to sign the letter of request and sending a letter setting out his contrary intentions are in breach of the undertakings he gave them or a contempt of court."

Ms Cherry has been joined in the legal action by businessman Dale Vince and QC Jolyon Maugham.