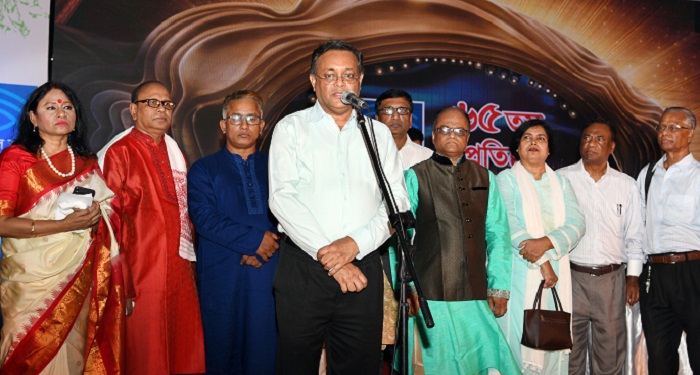 Describing media as the mirror of a nation, Information Minister Dr Hasan Mahmud on Sunday said journalists are responsible for ensuring its transparency.

He made the remark while addressing the 65th founding anniversary programme of the Jatiya Press Club in the city.

“Along with economic development under the leadership of Prime Minister Sheikh Hasina, we want to build ourselves as a developed nation. The role of media is essential in flourishing human values, patriotism and love needed to this end,” he said.

Recalling memories of the Liberation War, he said Pakistani invaders carried out brutal attacks on all establishments that bore symbols of Bengalis.

“The Jatiya Press Club did not escape the attack,” he added.

Minister Mahmud recalled with deep respect the contribution of all leaders and members of the press club who contributed to building the nation.

He said the press club was involved with all historic events of the nation. “I hope it will retain its unique role in the coming days,” he added.

“The mass media is the mirror of society and it is the responsibility of the journalists to maintain clarity of that mirror,” the minister said.

Saiful Alam, president of the press club, Farida Yasmin, its general secretary, members of the management committee, and journalists attended the founding anniversary event of the Jatiya Press Club held amid much festivity.