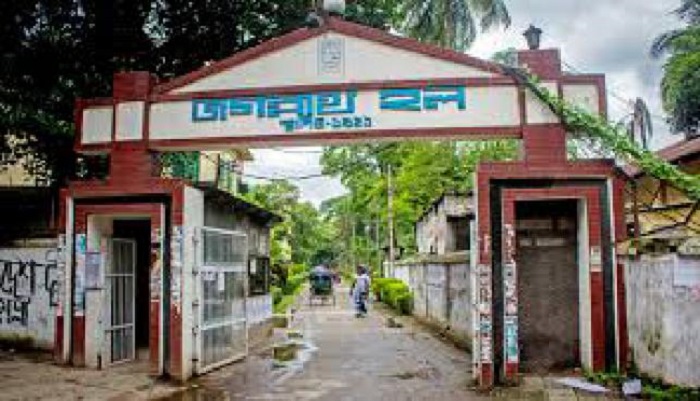 The victim, third-year journalism student Niloy Kumar Biswas, said he had asked one of the attackers – third-year accounting student Susmoy Das – not to take a Jobike to his room, breaching rules.

Niloy's friends took him to the Medical Centre with the help of the Proctorial Team. The duty doctor recommended shifting him to Dhaka Medical College Hospital for better treatment.

Provost Professor Mihir Lal Saha said action will be taken against the attackers.

Susmoy is a follower of Chhatra League’s Dhaka University unit chief Sanjit Chandra Das. The Chhatra League president could not be reached for comments.