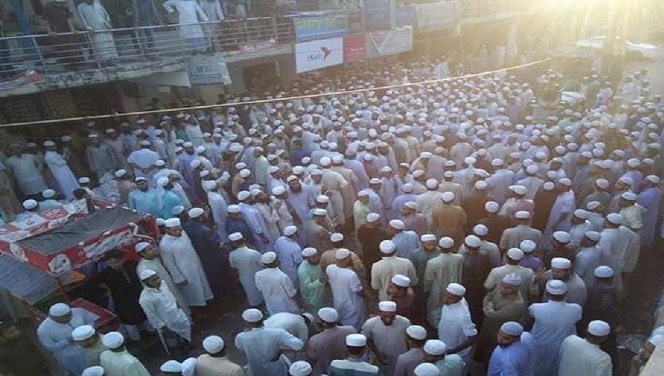 Madrasha students  on Sunday attacked Hathazari police after four people were killed and over 200 others injured in a clash between police and locals in Borhanuddin upazila over a ‘Facebook post’ hurting the religious sentiment.

Witnesses said madrasah students started demonstrations around 5:30 pm and threw brickbats at the police station and also blocked Chattogram-Rangamati road for an hour.

Hathazari Madrasha authorities asked the students through loudhailers to go back as they have no decision to stage demonstrations today, sources said.

However, all the shops remained shut in the area.

Contacted over mobile phone, the OC of Hathazari Police Station hanged the phone saying, “Busy now, will speak to you later.”