Dhaka University (DU) unit of Bangladesh Chhatra League (BCL) urged the insolvent students to communicate with the students’ organisation if they face financial problems in getting admitted into the university, said a press release.

The organization calls the poor students facing complexities in enrolling after passing the entry test of 2019-2020 academic sessions in Dhaka University.

The students’ wing of Bangladesh Awami League also congratulated the students who have passed this years’ admission test.

The students asked to contact with the below mentioned mobile numbers:

The release is here: 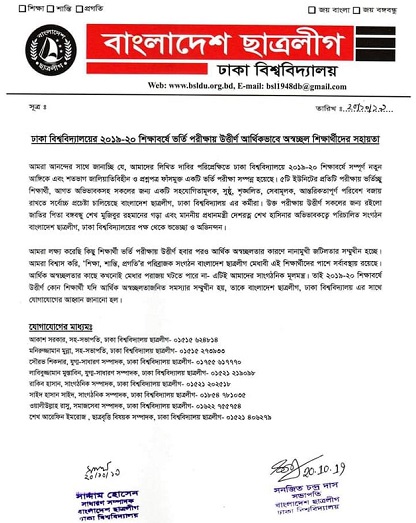