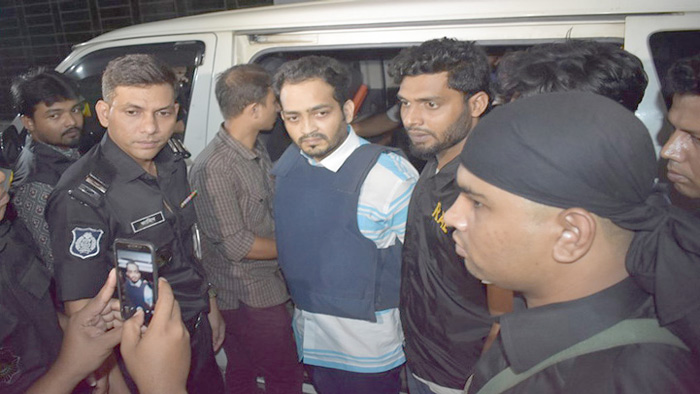 The elite force filed the cases under the Narcotics Control Act and Arms Act with the Bhatara Police Station and handed him over to police on Sunday evening.

Earlier, RAB arrested Rajib from one of his friends’ home in the capital’s Baridhara area on Saturday night in a raid carried out as part their ongoing drive against graft.

Hours after his arrest on charge of extortion and land grabbing, he was expelled from the post of joint general secretary at Jubo League’s Dhaka north unit.