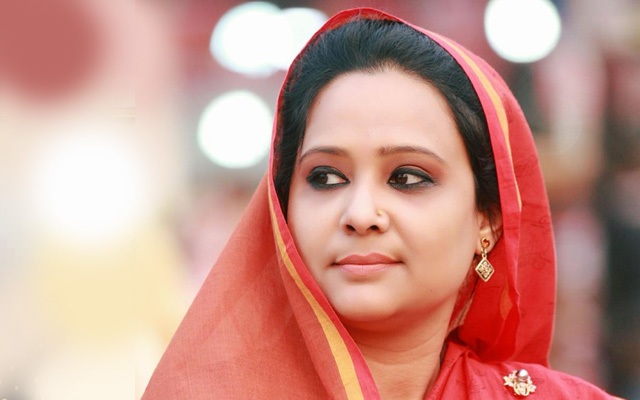 Bangladesh Open University (BOU) on Sunday cancelled all examinations and registration of the Bachelor of Arts examination of lawmaker Tamanna Nusrat Bubly over her involvement in the examination malpractice.

The university authority also formed a four-member committee to probe the matter and submit a report within three working days.

The decision was taken after holding a meeting with BOU vice-chancellor Prof MA Mannan in the chair on Sunday over on the issue. They also decided to send Bubly a show cause notice for explaining the matter.

BOU vice-chancellor Prof MA Mannan said “She will not be allowed in any examination under the university again.”

“A four-member committee was formed on the day to submit a report within next three days. The committee will investigate the matter and if it finds proof then legal action would be taken against the lawmaker, the proxies and the college authorities,’ he added.

The university took the decision after a proxy of AL MP Tamanna was identified at Narsingdi Government College centre sat for the examination on Saturday.

According to the allegation, a female student named Esha was caught red-handed on Saturday for allegedly giving proxy to MP Bubly after being hired by her.

So far thirteen examinations in first four semesters under the BA course under BOU were held, but MP Bubly didn’t attend any of them. But she hired so far eight female students to give proxy exams for her.

They sat for the examinations instead of the lawmaker in exam centre in Narsingdi, while she was staying with her family members in the capital.

Bubly, a MP from reserved seat-24 (Narsingdi) and widow of former Narsingdi municipality mayor Lokman Hossain, got enrolled in a Bachelor of Arts (BA) course to heighten her educational qualifications.