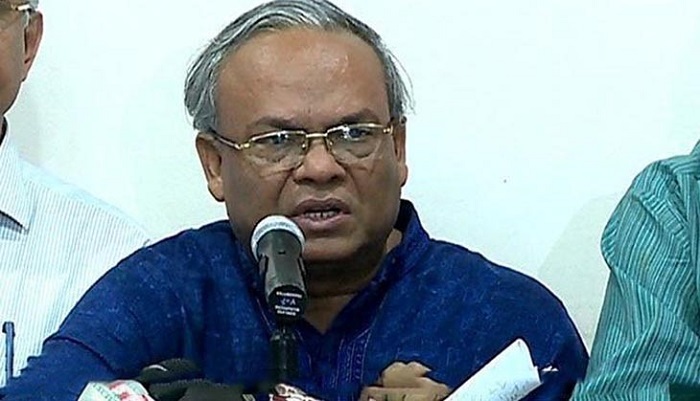 BNP on Sunday said Workers Party President Rashed Khan Menon like a ‘state approver’ admitted the fact that the current government is ‘illegal as no election was held on December 30 last year’.

Ruhul Kabir Rizvi also said the government should quit and dissolve parliament if it has the ‘minimum sense of shame’ after its alliance partner approved that people could not cast votes in the general election.

“The truth has somehow got revealed. Partner of the government Rashed Khan Menon himself admitted the great fact that no election was held on December 30, 2018. He has also admitted that it’s an illegal regime,” he said.

The BNP leader said, “People are sometimes forced to reveal the truth due to the prick of conscience. We don’t know his (Menon’s) objectives and goals, but he as a state approver admitted there had been vote robberies on the night of December-30.”

On Saturday, Menon at a programme in Barishal said people could not cast their votes in the December-30 polls and subsequent local body ones.