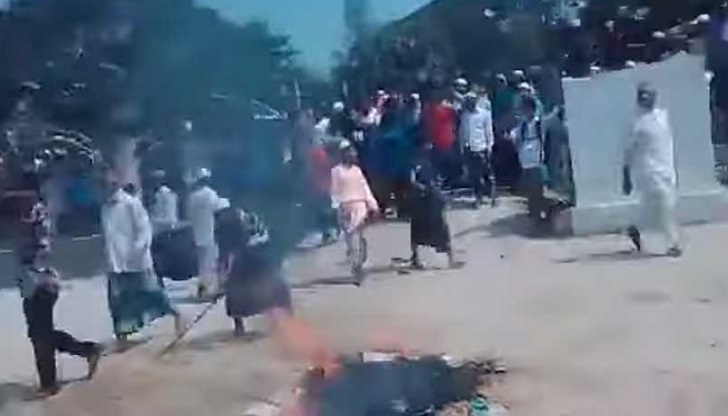 Four platoons of BGB were sent to tackle the post clash situation at Borhanuddin in Bhola on Sunday. One platoon of BGB has been sent by helicopter on an emergency basis as the situation there is still vulnerable. Remaining three platoons have set off by road.

At least four people were killed and over 50 others injured in a clash between police and local people at Eidgah ground in Borhanuddin upazila.

Three of the deceased were identified as Mahfuz Patwari, Shaheen and Mahbub Patwari.

Talking to local journalists, Sarkar Mohammad Kawsar, Superintendent of Bhola Police, said three people were killed in the clash. A policeman also suffered bullet wounds during the fight, he added.