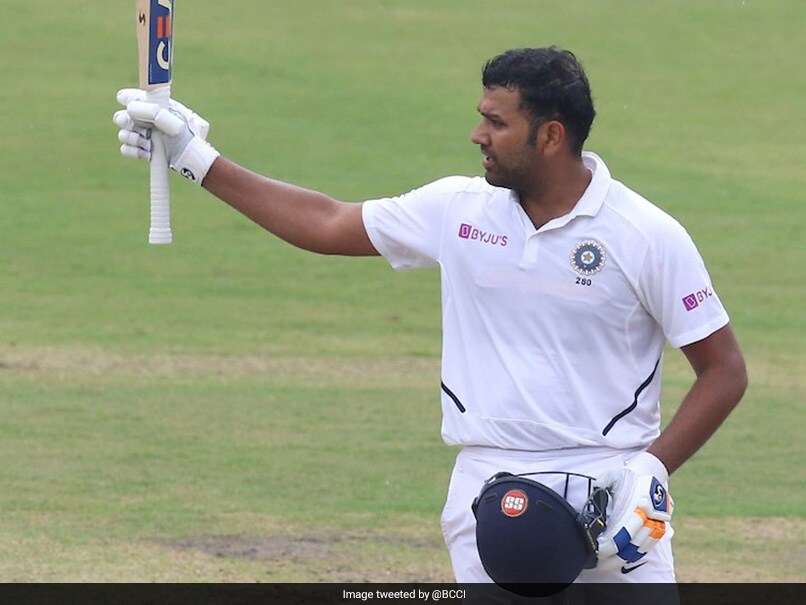 Rohit Sharma converted his sixth Test hundred into a maiden double hundred in the longest format as South African bowlers were put to the sword on Day 2 of the third Test in Ranchi. In the process, Rohit Sharma has joined the likes of Sachin Tendulkar and Virender Sehwag to become the only cricketers who have scored a double century in both Tests and One-Day Internationals.

The 32-year-old has three double hundreds in the limited overs format. Rohit's double hundred on Sunday helped India tighten their grip on the final Test against South Africa. Rohit smashed the South African bowling attack to all parts of the ground en route to his maiden double century. In bid to accelerate the scoring rate, Rohit hit one straight into the hands of Lungi Ngidi, stationed at fine-leg boundary. He was dismissed for 212.

Rohit weathered the storm early on when wickets were falling at the other end but capitalised later on.

Rohit Sharma put on a 267-run stand for the fourth wicket with Ajinkya Rahane.

George Linde, who is playing his first Test match, accounted for Rahane to pick up his maiden international wicket.

India resumed their innings at 224 for three on Day 2 after the major part of the last session on Day 1 was curtailed due to bad light and rain in Ranchi.

Rohit and Rahane continued to pile on runs as the latter brought up his 11th Test century.

This was Rahane's first century at home in red-ball cricket in a little over three years. He last crossed the 100-run mark against New Zealand in Indore back in 2016.

After Rahane's dismissal Ravindra Jadeja joined Rohit Sharma out in the middle and duo managed to put on 50-plus stand for the fifth wicket.

India had already clinched the series with an emphatic win over South Africa in the second Test where the hosts won by an innings and 137 runs.