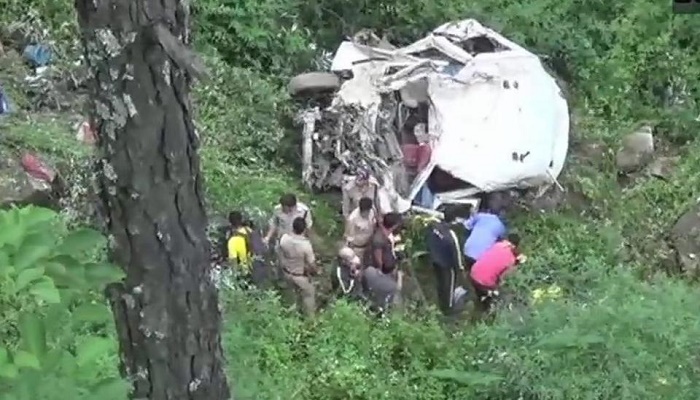 At least eight people were killed after three vehicles, including two motorcycles and a car, were hit by a landslide in India’s Uttarakhand on Sunday.

Officials said a rescue operation was launched at Rudraprayag district of the state after the accident happened late on Saturday evening, reports Hindustan Times.

Three injured were rushed to a nearby hospital where they succumbed during the night and the bodies of five others were recovered on Sunday morning, they added.

The  identities of the deceased are yet to be ascertained.

Gildiyal said they were not sure how many people were travelling in these vehicles.

“Rescue teams found three injured lying at the spot while five others were stuck under the debris and heavy boulders brought down by landslide. The remaining five bodies were recovered on Sunday morning,” said Gildiyal.