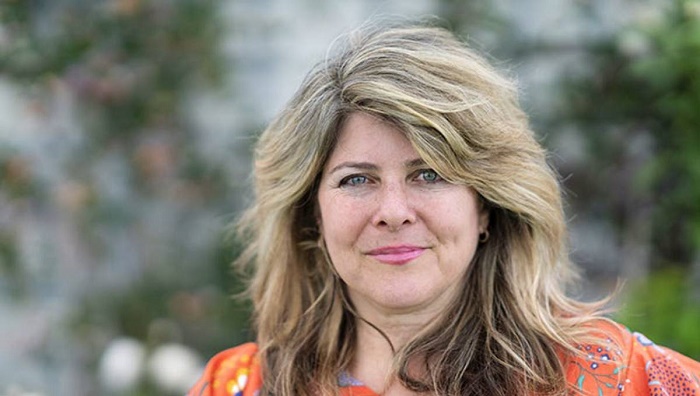 Naomi Wolf and her U.S. publisher have split up amid a dispute over her latest book, "Outrages."

Wolf and Houghton Mifflin Harcourt announced separately Friday that they had "mutually and amicably agreed to part company" and that Houghton would not be releasing "Outrages." Neither Wolf nor Houghton immediately provided additional comment beyond the publisher confirming that rights for "Outrages" had reverted to Wolf, who can now pursue a deal with a new publisher.

Houghton had delayed a planned June release of "Outrages" after questions emerged over the scholarship of the book, which centers on the treatment of gays in Victorian England. Houghton initially planned to publish "Outrages" as scheduled, but soon changed its mind, announcing that "new questions have arisen."

"Outrages" had already come out in the United Kingdom when Wolf was challenged in May by a BBC interviewer over whether she had wrongly interpreted that some gays had received the death penalty. Wolf has acknowledged some errors, but contended they were fixable and openly objected to the postponement. She even promoted "Outrages" on her own in the U.S., with attendees offered the chance to buy the UK edition.

Publishers rarely fact-check books, citing time and expense. Wolf, known for such best-sellers as "The Beauty Myth" and "Misconceptions," has had her scholarship challenged before. In "The Beauty Myth," she wrote that anorexia caused the deaths of 150,000 women a year, a number widely regarded as inflated.