Four killed, over 50 injured in clash with cops in Bhola 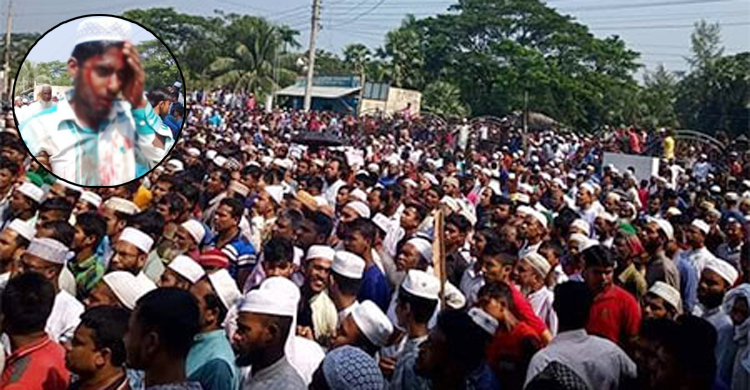 At least four people were killed and over 50 others injured in a clash between police and local people at a demonstration programme of general Muslims at Eidgah ground in Borhanuddin upazila of Bhola on Sunday. 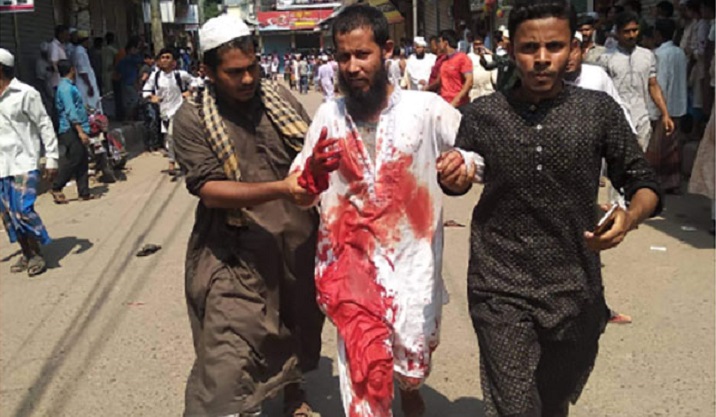 They staged the demonstration programme demanding punishment of a youth named Biplab Chandra Shuvo for reportedly making derogatory remarks about Prophet Hazrat Muhammad (SM) and sharing that with his Facebook friends.

Talking to local journalists, Sarkar Mohammad Kaisar, Superintendent of Bhola Police, said, “The clash took place centering the hacking of a Facebook ID on October 18. We detained all those involved in ID hacking. They’re now in custody. We sat in a meeting with local influential people, public representatives, imams and Alem who had assured us that they wouldn’t hold their scheduled protest programme today (Sunday),”he said.

But, today they started taking preparations to hold the programme and then police appeared at the scene, the SP said.

“When we’re leaving the place after the rally, some people started throwing brick chipsat us forcing us to take shelter in an adjoining building and fire blank shots,” the SP said. 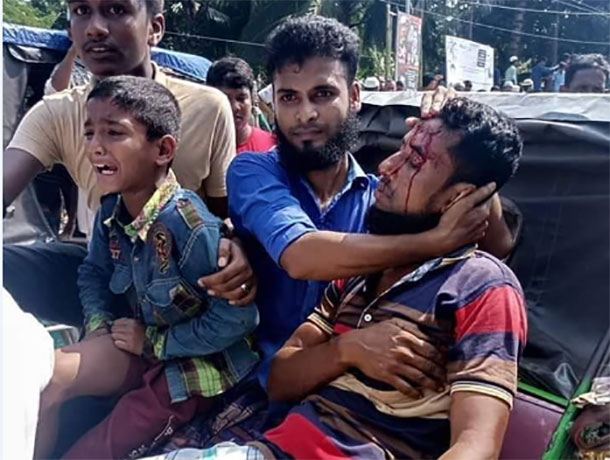 Md Enamul Haque, officer-in-charge of Borhanuddin Police Station, said Biplob on Saturday came to the police station to file a general diary claiming that his Facebook account was hacked.

“Biplob also said someone demanded extortion from him over mobile phone,” he said.

Meanwhile, one platoon of BGB troops was sent to the spot in helicopters while another three platoons were sent by road to quell the situation,” said Md Shariful Islam, public relations officer at the Border Guard Bangladesh (BGB) headquarters.

Besides, one platoon of Bangladesh Coast Guard have been deployed on the spot, said Lt Hayat-Ibne-Siddique, media officer of Coast Guard headquarters.