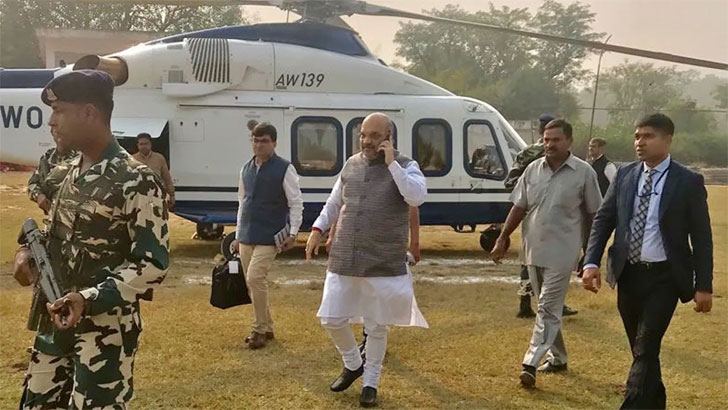 Bharatiya Janata Party (BJP) president and Indian Home Minister Amit Shah's helicopter made an emergency landing at Ozar Airport in Nashik, around 160 km from Mumbai, due to heavy rains on Saturday, the last day of campaigning for the October 21 Maharashtra Assembly polls, an official said.

The helicopter was on its way to Akole in Ahmednagar district, over 70 kilometre from Nashik, where Amit Shah was to address a poll rally, the official said.

The pilot decided to land the chopper at Ozar airport at 2.25 pm due to inclement weather, he said.

"After a halt of 40 minutes, the chopper took off at around 3.08 pm for Ahmednagar," he informed.

Amit Shah had earlier addressed a rally in Navapur in Nandurbar district in north Maharashtra.

It has been raining in several parts of the state since Saturday morning.