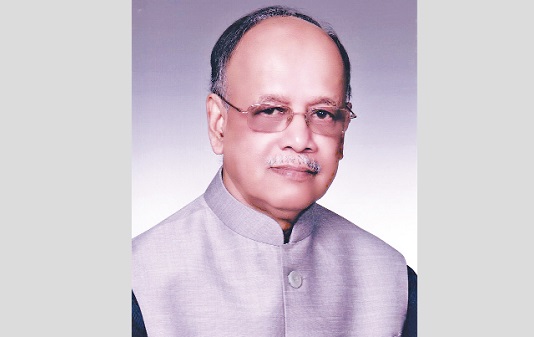 After the recent brutal killing of a second-year BUET student, Abrar Fahad, at the hands of Chhatra League thugs, not only has there been widespread condemnation of the incident from all quarters but also a demand from diverse individuals and groups that campus politics, whether involving teachers or students, should be banned, although the killing of Abrar and many like him has nothing to do with campus politics or politics. 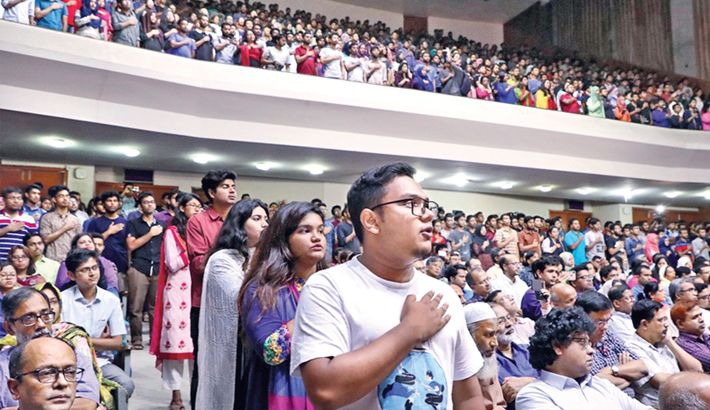 Every day, quite a number of killings take place in different parts of the country.  In a recent incident, a five-year-old was brutally murdered by the child’s father and uncle in a grotesque incident, for instance. Now, the question is what should be done after such everyday killings, not only in Bangladesh but also around the world?  Did anyone demand the banning of national politics after the grenade attack on Sheikh Hasina on 21 August 2004, when twenty-three of her party workers were killed? Such violence is not the result of campus or national politics; it is a consequence of the criminalisation of politics whether on campus or outside.

Since the brutal killing of Abrar, the law enforcement agencies, on the instruction of the Prime Minister, have moved fast and, so far, arrested nineteen students of BUET who were allegedly involved in the killing. The Prime Minister has also met and consoled Abrar’s parents and promised them the full might of the law in punishing those found guilty of this heinous crime.

In a surprising move though, the teachers of BUET announced that they have banned teachers’ involvement in politics on campus and the VC, reacting to the demands of agitating students, later outlawed student politics as well. However, the teachers have not declared whether there will be any elected Teachers’ Association. The truth is that in BUET most teachers do not openly affiliate themselves with any mainstream political party or ideology, which is not the case in other public universities. They maintained this culture since the university was founded in 1962. Their simple conviction is to leave politics to politicians and let them focus on academic matters. I see nothing wrong in such an attitude. Maybe my BUET colleagues do not believe in what the great Greek philosopher Plato said thousands of years back: “One of the penalties for refusing to participate in politics is that you end up being governed by your inferiors”. The choice is theirs.

Abrar’s cruel killing is not the result of student politics but its criminalisation, instead of student politics based on patriotism, ideology and commitment towards tolerance and compassion. Student politics in this country have had a glorious past and if one walks down memory lane in the post-Partition years after 1947, it was the students of this country who protested when Pakistan’s founder, Muhammad Ali Jinnah, during his maiden visit to Dhaka in 1948, declared that only Urdu, the language spoken by just 6 per cent of the population of the two wings of the then Pakistan, would be the sole state language. He saw Urdu as the binding agent between the two wings of the country.

It was the students who shed their blood in 1952 and compelled the Pakistan government to declare Bangla one of the two state languages alongside Urdu.

When Ayub Khan began a decade of military rule in 1958, it was left primarily to students to demand and agitate for return to civilian rule. That was the time when even BUET students took part in a movement, and that too with very great courage and passion. Alongside Dhaka University, BUET also became a centre of the anti-Ayub movement. A few teachers also took part in the movement.

BUET has its own unique culture in some respects. Strange though it may seem until 1964, girls were not allowed to enrol into BUET whereas no such restrictions existed in Dhaka or any other university. Challenging such discrimination, three girls, Dora Rahman, Monowara and Shirin Sultan (Chumki), filed a writ in the High Court and won their case and entered BUET. Many termed them ‘She Heroes’. Much later, the same university could boast of having the second lady Vice-Chancellor in the country, thanks to the current Prime Minister Sheikh Hasina, who has given women’s empowerment top priority during her four tenures as Prime Minister. The world is changing.

BUET has produced some of the finest engineers and architects of the country, including internationally acclaimed architects like Dr. F R Khan, better known as the Einstein of architecture, National Professor Jamilur Reza Chowdhury, and the renowned water resources engineer Professor Ainun Nishat. There may be many others too.

As part of BUET culture, the University practices an unwritten policy of recruiting only their own graduates as teachers, which goes against the spirit and concept of a university. One may have graduated from a reputed university anywhere in the world or even have impressive credentials from a local one but getting a teaching job in BUET is next to impossible (with just a very few exceptions). Some BUET graduates have surely made us proud, but what is the harm of the University having more teaching staff with diverse backgrounds without compromising quality?

The BUET family though is satisfied with that culture. Only in 2015, when I was invited by the then Vice-chancellor to be the Chief Guest at a discussion programme held to mark the National Mourning Day, did I discover that the programme was organised by BUET Bangabandhu Parishad and not by the BUET administration. On enquiring, I learnt that was another BUET tradition. The administration does not hold any on-campus programme to mark any national day like Shahid Day, Independence Day, Victory Day or National Mourning Day. I was also told that even the national flag is not hoisted on a regular basis. I requested the VC to organise an event to mark Victory Day that year, which she did. I along with the then Education Minister, Nurul Islam Nahid MP, attended the discussion programme and found the auditorium full of officers and staff but only a few teachers and students. But still I thought it was a good beginning.  Student politics at BUET descended to the rule of thugs belonging to whichever party was in power. In 2002, a BUET student, Sabiq-un-Nahar Soni, was shot and killed when the goons of Chhatra Dal were fighting among themselves to take control of the campus. On 2 July, 2013, another BUET student, Arif Raihan Dip, was chopped to death by goons from Hefazat. Now it was Abrar’s time and that too on some flimsy ground. He is alleged to have posted something on his Facebook page that, according to his killers, was tantamount to criticising the government. Now, when has criticising the government been illegal and why should it be a matter for so-called Chhatra League leaders to deal with?

The criminalisation of student politics began after the killing of the Father of the Nation, Bangabandhu Sheikh Mujibur Rahman. In 1974, seven students belonging to Chhatra League were brutally murdered in Mohsin Hall of Dhaka University. They were victims of inner Chhatra League feuding. The government swiftly moved in and arrested 24 of their leaders and workers along with the then Chhatra League General Secretary, Shafiul Alam Prodhan. Bangabandhu had a policy of zero tolerance for such nonsense. All were tried and four, including Prodhan, were sentenced to life imprisonment. General Zia released Prodhan in 1978 and used him to float his own political party, BNP. Inexperienced in politics Zia needed the support and assistance of such thugs to establish a party. Prodhan later began his own JAGPA (Jatiyo Gonotantrik Party) and, until his death in 2017, was an inseparable political ally of Begum Zia and BNP.

Zia did more damage to student politics when, in 1978, he made it mandatory for student parties to affiliate to a national party. Since then, student parties have become foot soldiers of the mother party, the worst case being Islami Chhatra Shibir, the student wing of Jamaat-e-Islami. Shibir has been listed as the third non-state arms group by the IHS Jane’s Global Terrorism & Insurgency Attack Index- 2013. US based IHS Inc owns Jane’s Information Group, which publishes Jane’s Defence Weekly, a magazine reporting on military and corporate affairs.

In 1997, their activists gunned down in broad daylight seven Chhatra League workers and a taxi driver in Chittagong. But none of the killers was ever punished. The killers escaped through the loopholes of the law. The killing of Abrar has been protested in all quarters, including the ruling Awami League, the alumni, and members of civil society. If they showed such agility in all such previous incidents perhaps the situation would not have deteriorated so far. Protests for right cause should not be selective. It serves no purpose.

The killing of Abrar should not be used to ban student politics and, anyway, it is totally impractical. If implemented, then universities will become breeding grounds for underground militancy and terrorism coupled with the threat of radicalisation of student community and makes the national security vulnerable. What is necessary and practical is, first, to delink all student parties from political ones and return them to the status they enjoyed prior to 1978. Student parties or leaders must never be used for personal or collective gain. The administration of university residential dormitories should be reclaimed by university administrations. They have enough tools at hand to establish the rule of law on campus. They just need good intentions and a little courage. As for Chhatra League, the organisation that the Father of the Nation founded, must do soul searching and weed out all the infiltrators from the party. A stitch in time saves nine.

The actions of the universities should not be seen as their unwillingness to merge with society. It is society that supports them. The teachers and students of BUET have taken a pledge to keep their university free from militancy, terrorism and communalism. Let us hope that they succeed in the keeping their pledge. Prayers for the departed soul of Abrar.