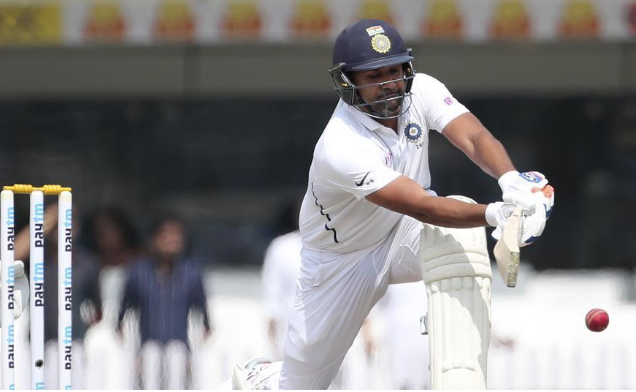 Rohit Sharma slammed his 6th Test century and third of the series against South Africa in the third and final Test match at the JSCA International Sports Complex in Ranchi on Saturday. Rohit got to his century with a six over long-off off Dane Piedt’s bowling in the post-lunch session of Day 1. Rohit, who now has 4 sixes in the innings (before Tea) broke the world record for most sixes by a batsman in a series. (India vs South Africa live score, 3rd Test Day 1)

Rohit broke the record of West Indies batsman Shimron Hetmyer, who had hit 15 sixes against Bangladesh in November 2018. The record for most sixes in a Test series by an Indian belonged Harbhajan Singh who had hit 14 sixes against New Zealand in 2010. Harbhajan had also scored two centuries in two matches to be adjudged Player of the Series for his batting.

Rohit has been severe against off-spinner Dane Piedt, hitting him for 11 of his 17 sixes so far in the series. Piedt did not even play in the second Test but was brought back into the side after Keshav Maharaj was ruled out of the third Test in Ranchi.

Rohit and Rahane put together an unbroken stand of 166 for the 4th wicket as India did not lose a wicket in the second session. Rahane was unbeaten at 74 and Rohit was batting on 108 off 149 balls at Tea on Day 2 as India reached 205 for 3.

Rohit also brought up his 2000 Test runs. But it was not as easy in the first session for Rohit. He had to put his attacking instincts behind him and play the role of a grafter as Kagiso Rabada rattled the Indian top-order after Virat Kohli opted to bat first.

Kagiso Rabada and Anrich Nortje reduced India to 39 for three in 15.3 overs.

Uneven bounce greeted the Indian openers after hosts elected to bat Rabada and Lungi Ngidi made full use of the conditions to give the visitors their best start of the series.

Pacer Rabada was impressive in his first spell of 7-4-15-2 as he got rid of opener Mayank Agarwal (10) and Cheteshwar Pujara (nought) inside the first-hour’s play.

The first breakthrough came in Rabada’s third over when the pacer swung it away with Agarwal edging it to Dean Elgar at third slip.

The young fast bowler dismissed Pujara in his fifth over following a successful review by the Proteas after on-field umpire Richard Illingworth turned down an lbw appeal.

But it was Nortje who earned the prized scalp of India skipper Virat Kohli, who could not read one that came back in sharply. Kohli took the review but it was not unsuccessful.

Since then, Sharma and Rahane have stitched a brilliant partnership.